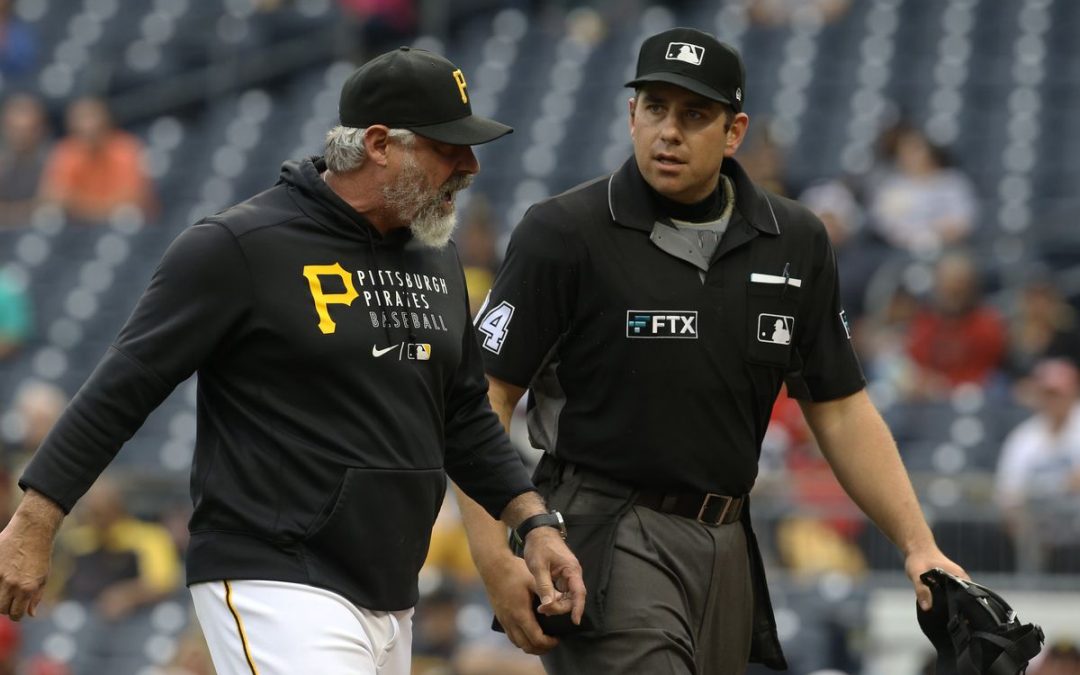 The Pittsburgh Pirates wrapped up their 2021 season with a 6-3 loss to the Cincinnati Reds this afternoon at PNC Park.

Mitch Keller started for Pittsburgh today, hoping that he could carry some momentum into the offseason with a strong performance on the mound.  He lasted three innings, giving up one run on three hits with a walk and three strikeouts.  Cody Ponce was tagged with the loss (0-6), giving up four runs on six hits in just over an inning of work.  Reiver Sanmartin earned the victory for the Reds, giving up one run on seven hits in six innings.

The Pirates scored the game’s first run with Anthony Alford drew a bases loaded walk, scoring Kevin Newman from third base.  Cincinnati tied the game in the top of the third on a double by Nick Castellanos, scoring Jonathan India.

A four-run fifth inning broke the game open for the Reds.  Aristides Aquino singled home a run to give them a one-run lead, and a three-run homerun by Joey Votto (36) made it 5-1.  A solo homerun by Aquino made 6-1.

Oneil Cruz hit a two run homerun (1) in the bottom of the ninth to cut the Reds’ lead to 6-3, but that would be as close as the Bucs would get on this day.

Unfortunately, this was a difficult way to end the season for Pittsburgh.  They end the season with a 61-101 record and have a lot of work to do in order to once again become a competitive ball club.