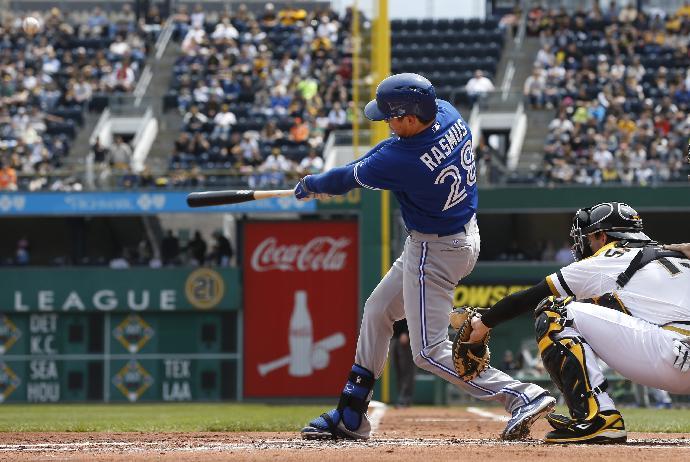 The Pirates jumped out to an early lead when Josh Harrison led the game off with a triple.  He would then cross the plate when Neil Walker grounded out to first.  That would be the only run the Buccos would score until an Andrew McCutchen sac fly brought home Harrison in the eighth inning.

The Blue Jays used the long ball to jump ahead in the second inning.  Bucco starter Edison Volquez would walk the first two batters of the inning and then give up a single to load them for Toronto centerfielder Colby Rasmus.  Rasmus then deposited a hanging curveball into the rightfield seats for the grand slam.  Those runs would be all the Blue Jays needed on the day.

Melky Cabrera added two more runs for Toronto in the fifth on a homer to right centerfield.  Volquez would leave after the inning allowing six runs on seven hits while striking out and walking three batters.  This start continues the recent trend of Pittsburgh starters not lasting deep into ballgames.  The Pirates will have no shot of contending if this does not change very soon.  Dioner Navarro capped the scoring for the Blue Jays in the eighth with a RBI single off of reliever Jared Hughes.

After a bad month of April, it was nice to see the Buccos pick up a series win to start May, however, if the starting pitching continues to struggle, things could go from bad to worse.  Pittsburgh will begin a three game series with the San Francisco Giants tomorrow night.  While nothing has been finalized, it looks like Jeff Locke will be called up from Indianapolis to make the start against Matt Cain.  Game time is set for 7:05pm.