Pirates Fail To Sweep With 7-2 Loss To Cardinals 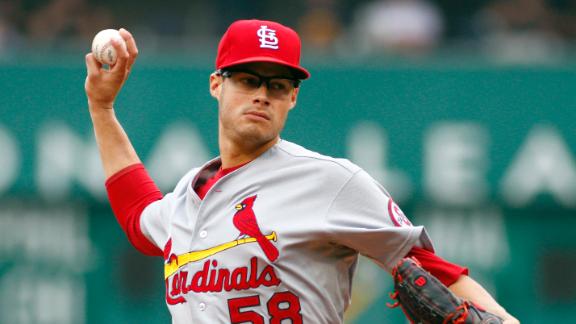 As exciting as the last two nights were for the Pittsburgh Pirates, this afternoon’s game against the St. Louis Cardinals at PNC Park was equally, if not more, as frustrating.  Pittsburgh fell behind early, and never got anything going offensively, as they dropped the final game of the weekend series, 7-2.

Joe Kelly took the mound for the Cardinals today, and held the Pirates hitters in check throughout the afternoon.  As a team, the Bucs managed only one run on four hits against Kelly, who improved to 7-3 on the season, beating opposing starter Kris Johnson, who was making his first MLB start.

Johnson pitched two innings, giving up five runs on seven hits with two walks.  He was pulled by Clint Hurdle before he could record an out in the third inning.  Jeanmar Gomez pitched three scoreless innings, but Justin Wilson gave up two runs on three hits in the sixth inning.

Today marked the Pirates debut of recent acquisition Justin Morneau, who went 1-3 and a walk.  Neil Walker and Andrew McCutchen each had a hit, and Marlon Byrd had two hits and an RBI.

This was a frustrating game from the onset for the Pirates from the very beginning.  After falling behind very early this afternoon, they were never able to muster any offensive rally to get themselves back within striking distance.  Baseball is all about the law of averages, though, and after outscoring the Cardinals 12-1 in the first two games of the series, things seemed to even themselves out today.

Still, the Pirates won another series against the Cardinals, taking two of three games this weekend.  They are now in a deadlock with St. Louis atop the N.L. Central, with only one series remaining against their division rivals next weekend.

For now, though, the Bucs will shift their focus to another division foe, the Milwaukee Brewers, who they will face in the first of a three game series at Miller Park tomorrow afternoon.  Special time for first pitch is slated for 2:05pm.