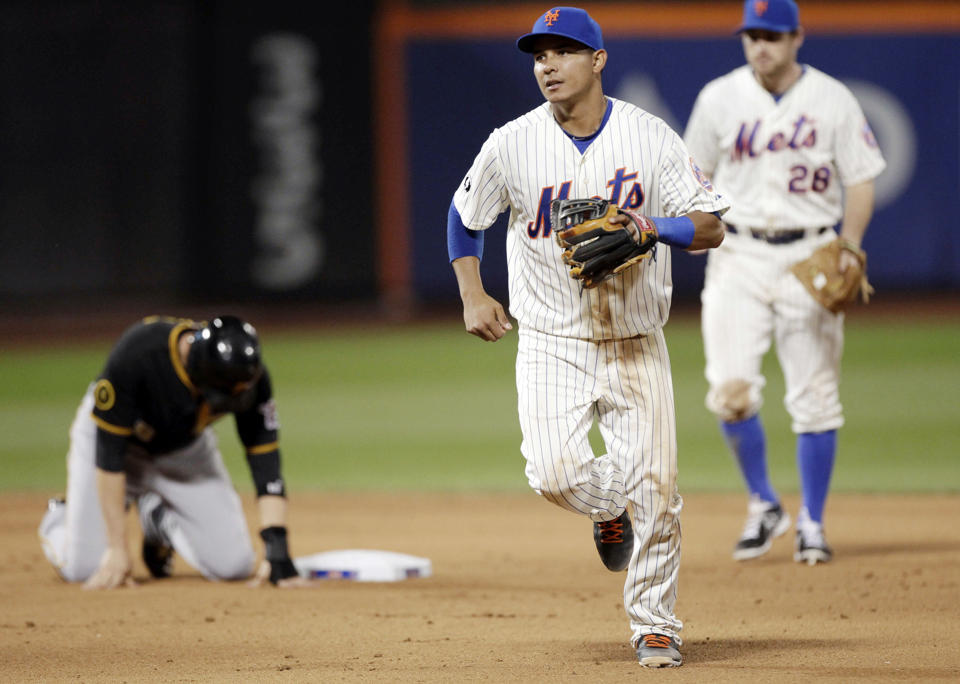 The Pittsburgh Pirates were looking to take their first series on this three series road trip tonight.  The New York Mets were able to take advantage of mistakes and opportunities presented to them by Pittsburgh in a 4-2 win.

New York started the scoring in the third on a Bobby Abreu single to shallow right center that scored Daniel Murphy.  They added run number two in the fourth when Juan Lagares doubled off the wall in left field.  These two runs would be tacked on to Edison Volquez’s final stat line.  He would walk five and strikeout six over the course of five innings pitched.  Those walks would increase his pitch count, which made for a short night.

The Pirates scored their only two runs in the sixth when Starling Marte singled to center, with two outs, to score Josh Harrison and Andrew McCutchen.  That lead would not last long as relief pitcher Jeanmar Gomez would show control problems on two pitches, that moved Ruben Tejada from first to third.  A hit by Lagares wold give the Mets the lead, and he would be the fourth run on a double by Murphy.

The Buccos were unable to find any more offense after the sixth, which led to the loss.  This series will wrap up tomorrow afternoon with Charlie Morton taking on Bartolo Colon.  First pitch is set for 1:10pm, so leave work early and watch the Pirates in action.