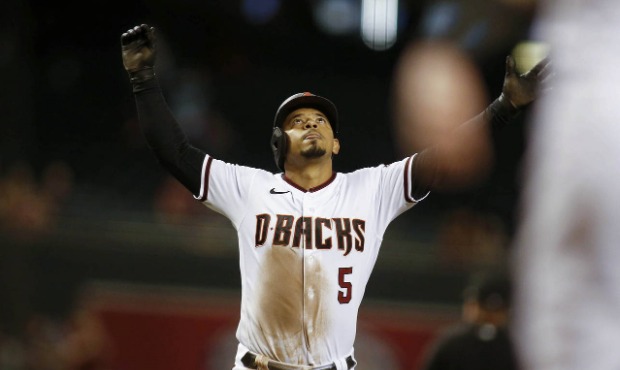 After claiming a series victory over the New York Mets in a short home stand, the Pittsburgh Pirates opened their road trip with a 4-2 loss to the Arizona Diamondbacks at Chase Field on Monday night.

Chase De Jong fell to 1-4 on the season, giving up four runs on seven hits with two walks and six strikeouts in his five innings of work.  The long ball was his demise, as four of the runs he gave up came via the home run.

His mound opponent, Caleb Smith, improved to 3-6 on the year, giving up two runs on six hits with two walks and seven strikeouts in 6.2 innings.

The Diamondbacks took the lead in the second inning of a pair of solo homeruns.  Pavin Smith hit his eighth homerun of the year to right field to get the scoring started, and Josh VanMeter doubled the lead with a solo homerun, his 3rd of the season, to right.

Eduardo Escobar crushed a two run homerun in the bottom of the fifth to make it a 4-0 game.  It was Escobar’s 22nd long ball of the year, which also scored Kole Calhoun.

The Pirates made a game of it with two runs in the seventh inning.  A single by Ke’Bryan Hayes scored Jared Oliva to make it a 4-1 score.  Bryan Reynolds followed later with a single of his own, scoring Kevin Newman.  Unfortunately for Pittsburgh, they couldn’t get any closer on this night, falling to the D-Backs by the 4-2 score.

Obviously this was not the way the Bucs wanted to open this road trip.  After falling behind early, they weren’t able to complete the comeback and pick up the victory.  They will look to even the series when they take the field against the Diamondbacks on Tuesday night.  Tyler Anderson will take the mound for Pittsburgh against Taylor Widener for Arizona.