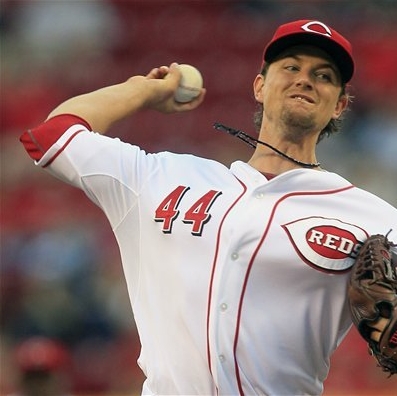 Through the first four months of the season, the Pirates’ story seemed like a fairy tale.  They were surpassing everyone’s expectations; they had the leader for the N.L. MVP, and a serious contender for the Cy Young.  Flash forward a few weeks, and the Bucs are in danger of dropping below the .500 mark.

The Pirates fell behind early and failed a late-game comeback, losing to the Cincinnati Reds, 5-3 at Great American Ballpark.

Brandon Phillips hit the first pitch of the game from Kevin Correia over the wall to get the Reds on the board, and Cincinnati did just enough with the bats and took advantage of Bucco blunders to edge their N.L. Central foes for the second straight night.

The second inning was a complete disaster for Correia and the Pirates’ defense.  After Dioner Navarro led off with a walk, Mike Leake hit a one-out single later in the inning.  Phillips hit a seeing-eye ground ball that just bounced off the glove of Clint Barmes, dribbling into left field.  At the end of the play, Phillips was at second, Leake was at third, and Navarro crossed home plate to give the Reds a 2-1 lead.  Leake then scored on Correia’s wild pitch, and Phillips came around to score on the same play on Michael McKenry’s fielding error.  Scott Rolen added some insurance in the eighth inning with a solo homerun off Kyle McPherson.

Offensively, it was another frustrating evening for the Pirates.  They managed a total of eleven hits, including two a piece from Brock Holt, Alex Presley, Jose Tabata, and Barmes.  Unfortunately, though, their struggles continued in scoring opportunities, leaving twelve runners on base.  Andrew McCutchen, Garrett Jones, and Pedro Alvarez, where the bulk of the offensive numbers have come from over the course of the season, combined to go 1-12 tonight.

Presley hit a solo homerun in the 1st inning to give the Pirates an early lead, while Gaby Sanchez hit a huge pinch hit two-run homerun in the seventh inning to pull the club within a run at the time.  The Bucs got a the leadoff man on base in the eighth and ninth innings, but they couldn’t muster one last comeback, cultivated by Travis Snider’s pinch-hit, game ending ground out double play.

With the loss, the Pirates have now dropped five straight games and eight consecutive road games.  Since the end of July, the Bucs are twelve games under .500.  And while they are not gaining ground on the St. Louis Cardinals and Los Angeles Dodgers, but they have the Philadelphia Phillies and Milwaukee Brewers on their heels as well.  Their freefall continues, and not only are they losing ground in the N.L. Wild Card race, but they’re also in danger of dropping closer to that infamous .500 mark.

The Pirates will look to avoid the sweep against the Reds tomorrow afternoon, while also hoping to snap their five game losing streak, as A.J. Burnett takes the hill against Cincinnati’s Homer Bailey.  First pitch is scheduled for 7:10pm.