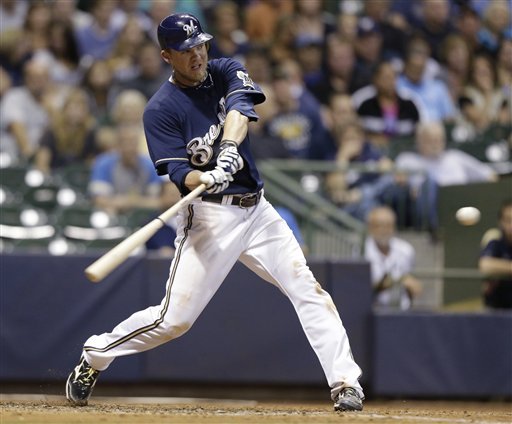 The Buccos struck first in the second inning when Pedro Alvarez hit a homer to left-centerfield, his 27th on the year.  Pittsburgh would then tie it in the eighth when an Andrew McCutchen broken bat single would bring home Brock Holt, who was recently called up due to the rosters expanding.

Wasted opportunites were what cost the Pirates tonight.  Alvarez would strike out looking with the bases loaded and two outs in the sixth.  The same thing happened in the ninth only this time with Alex Presley watching strike three.  Overall the Buccos were 1-9 with runners in scoring position, which doesn’t cut it at this level.

The final blow was delt on the second pitch of the bottom part of the ninth inning.  Joel Hanrahan was pitching in a non save situation, which never goes right for The Hammer, when Hart walked off with a home run to left center.  The loss was Hanrahan’s first of the year.

Pittsburgh still remains 12 wins away from 82 and will look to avoid the sweep tomorrow afternoon in the final game in Milwaukee for the Buccos in 2012.  James McDonald will take the ball to begin the game, which is scheduled for 2:20.