Pirates Falter In Opener Against Rockies 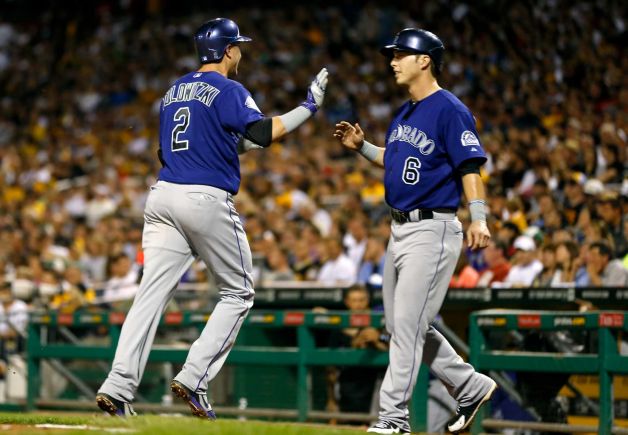 Coming into this series with the Colorado Rockies, the Pittsburgh Pirates were expected to show they were among the National League elite and prove they were worthy of their best record in baseball status.  That will have to wait another night, as they looked flat on this humid night at PNC Park.  The offense never clicked and Colorado used a three run sixth to take down the Buccos 4-2.

The Rockies started the scoring off in the second with a Troy Tulowitzki solo homer.  Pittsburgh was able to tie the game in the third on an Andrew McCutchen single that brought in Starling Marte.  The score would remain tied until the sixth when Colorado plated three runs.  Tulowitzki plated another run with a single back to the pitcher.  Then Todd Helton would single in two more runs.  The Pirates showed a little life in the ninth with a Pedro Alvarez RBI double, but it would be too little too late.

Gerrit Cole started and he did not have a great game.  He lasted 5.1 innings allowing three runs on three hits, while walking two and striking out six.  Justin Wilson would be tagged with the fourth run, which would be followed up by Jared Hughes and Bryan Morris working a clean eighth and ninth inning in relief.  Jhoulys Chacin started for Colorado and had a great night working eight innings allowing six hits, one run and striking out three.

Scoring one run in their previous eighteen innings will not get it done if this team hopes to make a serious push at the playoffs.  Fortunately this is baseball and they will not have to wait long for that chance.  Game two of this series will be Saturday night as Francisco Liriano will toe the rubber for this 7:05pm start.