Pirates Finish Up Homestand With Loss To Phillies 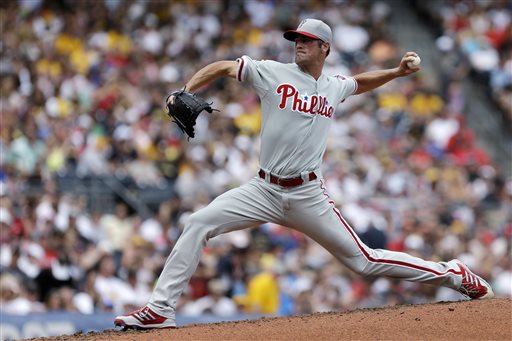 The Pittsburgh Pirates have a lot of expectations on their shoulders not only by the fan base, but within the locker room.  In order for this team to finish this season, not only above .500, but in a position to make the playoffs, they need to win series against teams who aren’t playing their best baseball.  After taking three out of four from the Philadelphia Phillies back in April, this series, while tough, should have been a win for the Buccos.

They had their chances today, but the pitching staff got knocked around and the offense showed up a little late as Philadelphia won today 6-4.  Gerrit Cole started for Pittsburgh today and it was most likely his least efficiant start of his young career.  He never got into a groove today as the Phillies collected eight hits off of him.  His worst inning would also be his last of the day as the Philadelphia collected two runs off him in the sixth in what would be a four run inning.

Vin Mazzaro, who had a great outing on Sunday, did not collect an out after coming on in relief of Cole.  He would allow two earned runs on three hits.  Tony Watson then shut the door for the remainder of the sixth and seventh inning, before Ryan Reid came in to finish the final two innings.

The Pirates were leading after three innings, as Andrew McCutchen would bring in two runs with an RBI single.  Two more runs would cross the plate for the Buccos in the eighth inning.  The first would be when Garrett Jones singled to center and then Starling Marte would score on a double play.

With all of the hype and momentum surrounding the Buccos coming into this series, there is a bit of an empty feeling after losing two of three to Philadelphia at home.  Pittsburgh will now begin a three game series at Wrigley Field against the Chicago Cubs tomorrow afternoon.  In my opinion the Pirates need to win at least two out of three from the Cubbies, since Chicago has been a struggling team all season.