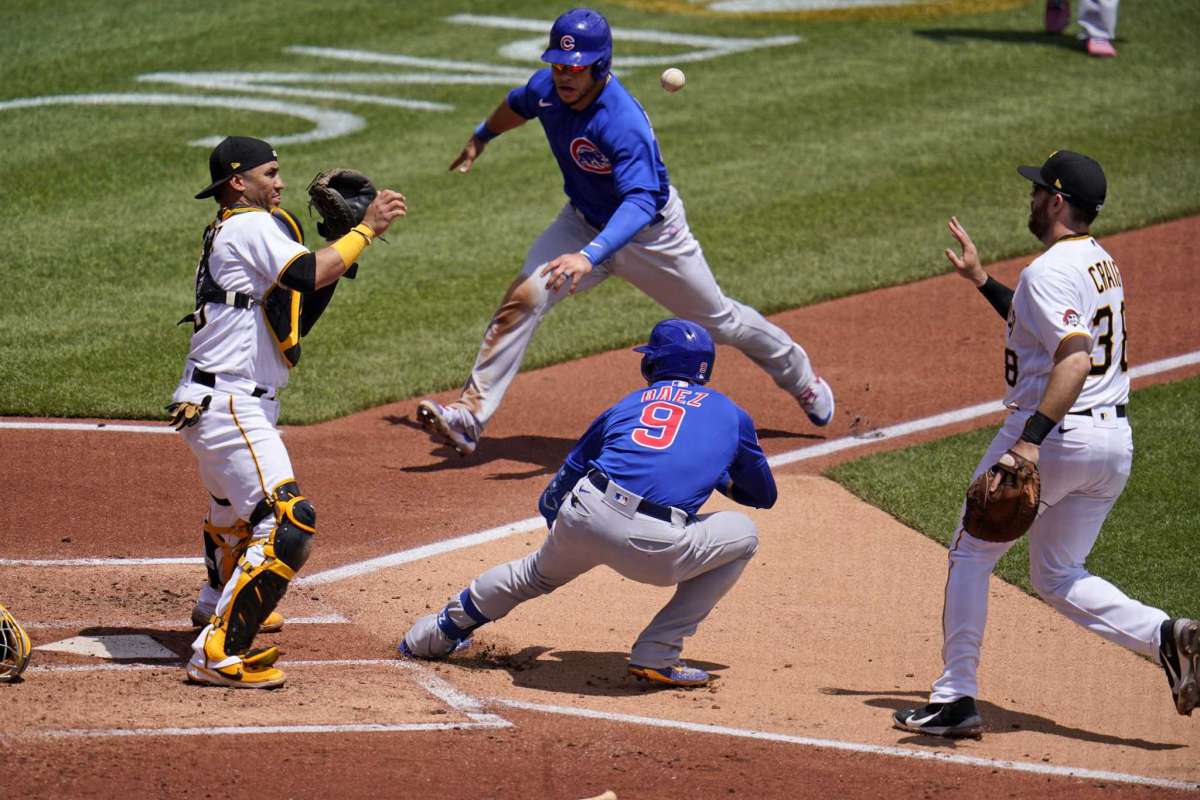 It isn’t easy being a Pittsburgh Pirates fan.  Currently sitting at the bottom of the division standings, they would get swept by the Chicago Cubs in this three-game series after a 5-3 defeat this afternoon.  During the game, a blunder on a routine ground out led to them being blasted on social media and ultimately led to them losing the game.

Chicago jumped out to a 1-0 lead in the first inning when Kris Bryant hit a home run to center field.  With two outs in the third and a runner on second, Javier Baez hit a ground ball to Erik Gonzalez.  His throw would pull Will Craig off the bag, and Baez would run back towards home plate to avoid the tag.  During this time, Wilson Contreras scored from second, and Baezwould not only make it to first safely, but advance to second on a throwing error by catcher Michael Perez.  Baez would then score on an Ian Happ single to center.

In the fourth the Cubs would get another run on a solo homer from Patrick Wisdom.  This was after Wisdom had a hit by pitch overturned by instant replay.  All four of these runs would occur with Tyler Anderson on the mound.  He would pitch five innings, allowing four runs, three earned, with four strikeouts and one walk.

Pittsburgh would collect some runs beginning in the fourth inning.  Bryan Reynolds got things started with a solo homer to right center.  That was immediately followed by a Gregory Polanco solo shot to right center.  Their third and final run came in the seventh on another solo dinger, this one by Michael Perez to right center.  All three of these runs were charged to Kyle Hendricks who worked seven innings and struck out five batters to go with six hits.  Chicago would add an insurance run in the ninth when Eric Sogard scored on a Kris Bryant groundout.

After the game, Pirates manager Derek Shelton said that it was his fault the gaffe at home plate happened because his players didn’t know the rules.  It’s all well and good that he took the blame, but at this level players need to know how to handle situations.  Thankfully the Cubs are out of town now and Pittsburgh will welcome the Colorado Rockies to town for a three-game series beginning tomorrow night.