Pirates Get Much Needed Victory Over Reds 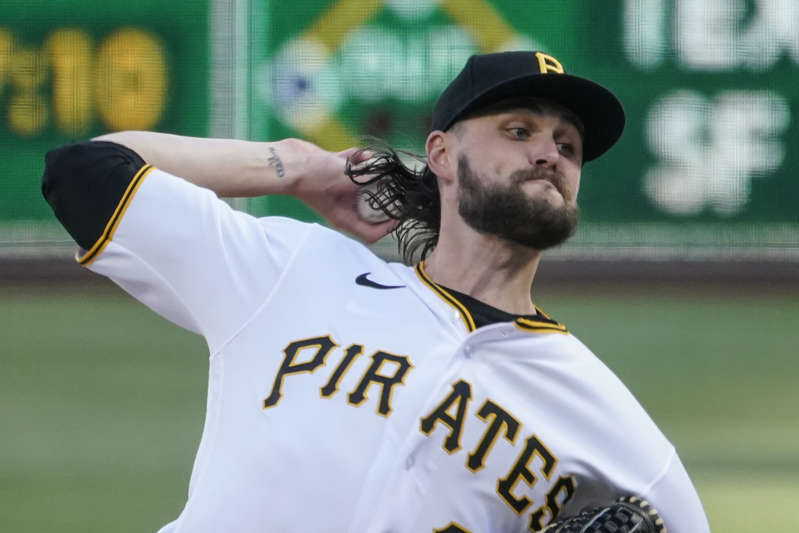 It has been a rough start to the 2021 season for the Pittsburgh Pirates when they take on the Cincinnati Reds.  Coming into tonight they were 0-4 against Cincinnati and had opened up this three-game series at PNC Park with a 14-1 loss last night.  Tonight, they finally had the right combination of pitching and offense to earn a 7-2 victory over the Reds.

Pittsburgh jumped out to an early one run lead when Adam Frazier was able to score on a wild pitch in the first inning.  That lead would go away in the third when Jesse Winker tied the game with a solo homer.  The Pirates took the lead for good in the fourth with two runs.  The first came when Kevin Newman hit an RBI triple to left center.  He was then able to cross the plate on a Troy Stokes Jr. single to left center.

Cincinnati collected their final run of the night in the eighth when Winker drove in Nick Senzel on a double to shallow left.  Pittsburgh was able to add three insurance runs in the bottom half of the inning.  Stokes would drive in Newman again, this time on a double to left.  Adam Frazier would then smack a two-run homer to right field to finish off the scoring.

JT Brubaker made a very efficient start tonight for the Pirates.  He would go six innings allowing one run on five hits with four strikeouts and one walk.  The bullpen then bounced back from a rough Monday night, by allowing only one run over the finale three innings.  Chris Stratton worked a scoreless seventh, before David Bednar would be tagged with a run and two hits to go with a strikeout while collecting the first two outs of the eighth.  Sam Howard got the final out of the inning and then Richard Rodriguez finished things off in the ninth.

Pittsburgh definitely needed a win against the Reds, especially with how bad Cincinnati has beaten them through the first four games of the season.  With this series now even, both teams will be looking for a series win tomorrow afternoon in the rubber match.  Trevor Cahill will take the mound for the Pirates, while the Reds will counter with Sonny Gray.  First pitch is slated for 12:35pm.