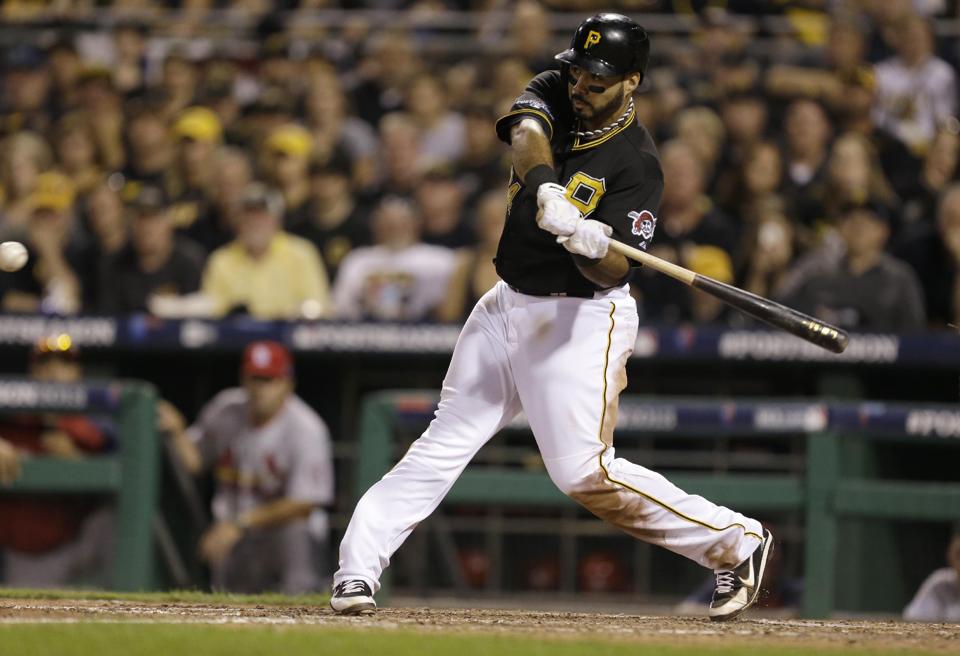 St. Louis has their own hot postseason bat in Carlos Beltran.  He would tie the game in the fifth on a single to center.  After Russell Martin hit a sac fly in the sixth to give the Pirates a 3-2 lead, Beltran stuck again in the top of the eighth with a solo home run.

But like they have all year, the Buccos Battled!  With one out and runners on first and second, Pedro Alvarez stepped to the plate and did something that even the best Pirates fan doubted he could do.  Hit a ball to right field aginst a left handed pitcher.  That run put Pittsburgh ahead 4-3.  They then added an insurance run on the very next batter when Martin singled to shallow left field.

Francisco Liriano started for the Buccos and while he wasn’t at his best, he did what needed to be done to keep his team in the game throughout the six innings he worked.  He would strike out five and walk two batters.  Tony Watson pitched the seventh allowing one hit.  Mark Melancon allowed the tying run in the eighth, while Jason Grilli held on to that two run lead to pick up first save of the postseason.

Game four of this series will take place tomorrow on the north shore with the first pitch scheduled for 3:07pm.  Charlie Morton will take the ball for Pittsburgh and the Cardinals will counter with Michael Wacha.  A win would clinch a spot in the NLCS for the Pirates, while a loss would send the series back to St. Louis on Wednesday.