Pirates Hold On To Defeat Nationals 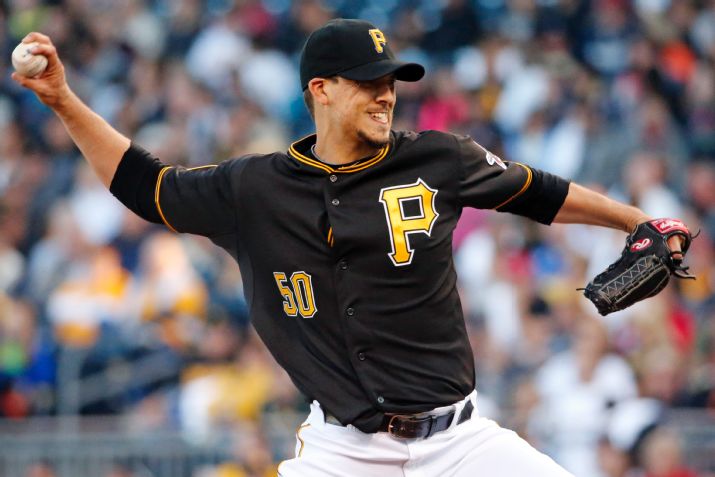 For the Pittsburgh Pirates tonight there was a welcome back feel in the ball park.  Russell Martin and Jason Grilli returned from the DL, and played key roles in Pittsburghs 4-3 win over the Washington Nationals.

The Pirates were able to jump on Washington early tonight with two runs in the second inning.  A Starling Marte groundout would bring in Ike Davis for the first run of the game.  With Russell Martin on third, a wild pitch would bring him in before finishing off the inning.  The fourth saw the Buccos double their lead on a Pedro Alvarez homer that landed in the centerfield bushes.  At this point it looked like Pittsburgh would cruise to a victory.

Charlie Morton started tonight, still looking for his first win of the season.  Morton was effective over the course of his 5.2 innings of work.  He would allow one run on five hits, while striking out and walking four.  He left the game with two outs, the bases loaded, and holding onto a 4-1 lead.  Jared Hughes sprinted out of the bullpen and was able to get a ground out to end the threat.

Things did not go as smoothly for the Shark Tank after that sixth inning.  In the seventh Justin Wilson was able to hold Washington scoreless while giving up one hit.  His eighth inning of work allowed the Nationals to creep back into this ballgame.  A walk and two straight singles loaded the bases with one out, this situation allowed Scott Hairston to hit a sac fly off of Bryan Morris.  With a runner on third, Martin would allow a passed ball to cut the lead to one.

Heading into the ninth it was a one run Pirates lead and that meant Grilled Cheese time.  Grilli came out of the pen fresh of the DL and was able to collect the save.  He would walk the first batter he faced and then got Jayson Werth to go down swining.  After a fly ball for out two, Ian Desmond drove one to right field, but Josh Harrison made a leaping grab to end the game and cap the win.

A close hard fought win for the Buccos tonight, giving them their third straight victory.  They now have a chance to take this series tomorrow night in what could be a big name pitchers duel.  Gerrit Cole will start for Pittsburgh, while Washington will send their ace Stephen Strasburg to the hill.  The victory tonight also marked the 800th win in Clint Hurdle’s career.