Pirates Leave Florida With Win Over The Blue Jays 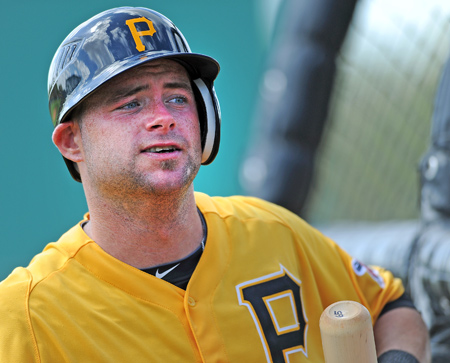 With March over, we are one step closer to opening day.  The Pittsburgh Pirates moved even closer to that glorious occasion by winning the final game of the Grapefruit League season with a 3-1 victory over the Toronto Blue Jays.

Jeff Karstens was on the hill and pitched quite well to close out the spring.  He would go four innings allowing one run on four hits while striking out and walking a batter.  He would end spring training with a 2.12 ERA.  His next appearance will be during the season opening series against the Philadelphia Phillies.  The only other Bucco to pitch today that could be coming north with the team was Daniel Moskos.  Over one inning of work he would allow one hit and strikeout two batters.

It took awhile for the offense to wake up today, but it came thru in the clutch with some late inning action.  In the eighth inning Nate McLouth would hit a two run home run.  Matt Hague would then hit his seventh home run of the spring with a solo shot in the ninth.  Hague has impressed me with his bat all spring.  While it is no guarantee that it would continue during the season, the Pirates are very limited with power bats and should give Hague a shot at playing in the majors this season.

Pittsburgh will now head back to the keystone state for a two game exhibition series in Philadelphia.  Tomorrow an assortment of bullpen pitchers will receive work on the hill for the Buccos.  First pitch is scheduled for 7:05.