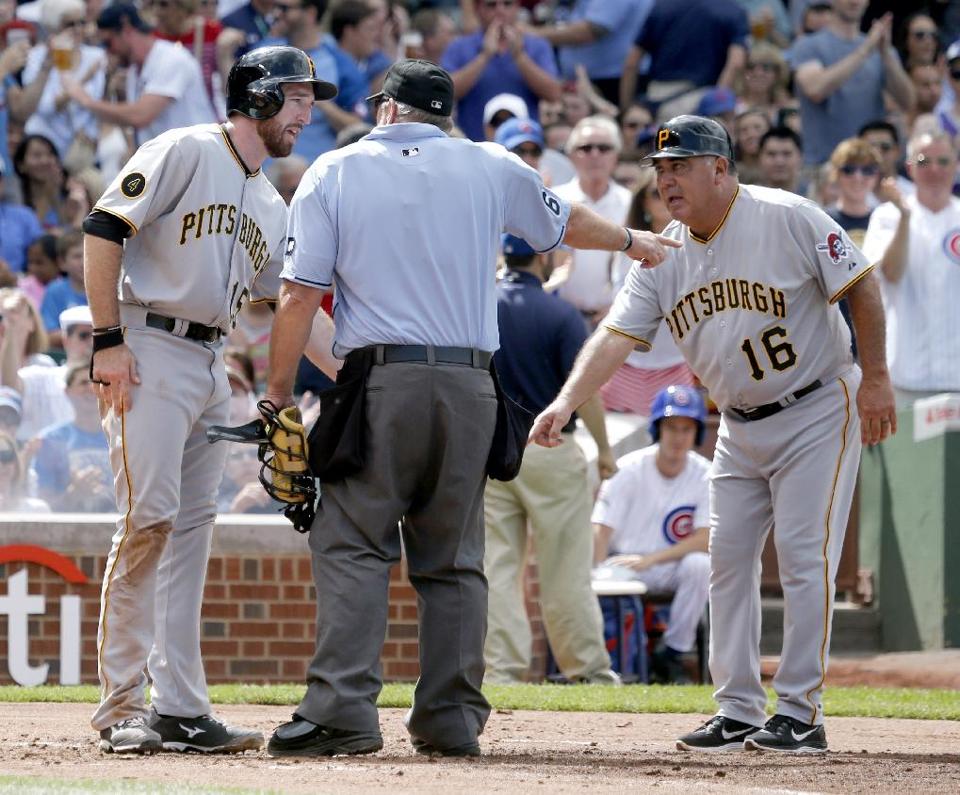 The Pittsburgh Pirates current road trip got off to a rough start today, as they fell to the Chicago Cubs in game one of a three game series.  This game really came down to one bad inning of pitching by Pittsburgh starter Charlie Morton.

Chicago would put a five spot on the board in the third inning.  A bases loaded double by Anthony Rizzo put the first two on the board.  That would be followed up by a Starlin Castro three run homer that pretty much put the game out of reach.  The Cubs final run came in the fifth when Chris Coghlan hit a solo home run to right field.

Morton had another one of his games where one bad inning sealed his fate.  He would last six innings giving up those six runs on eight hits, while striking out six and walking two.  Justin Wilson and Jason Grilli pitched the final two innings and were able to blank Chicago during that stretch.

The Bucco bats were able to hit some balls very well today, but with the wind blowing in at Wrigley Field, they turned into warning track outs.  The one ball that was able to fall in the basket was hit by Jordy Mercer.  Mercer would hit a three run homer in the fifth to cut the Cubs lead to two.

We did have another controversal play at the plate in the second inning.  Ike Davis was thrown out at home and it looked like Chicago catcher John Baker could have been called for blocking the plate.  After a call to New York, the play was upheld.  This just adds more fuel to the fire that new rule on plays at the plate needs to be thrown out this offseason.

Game two of this series will take place tomorrow night at 7:15pm.  It will feature Vance Worley taking on Travis Wood.