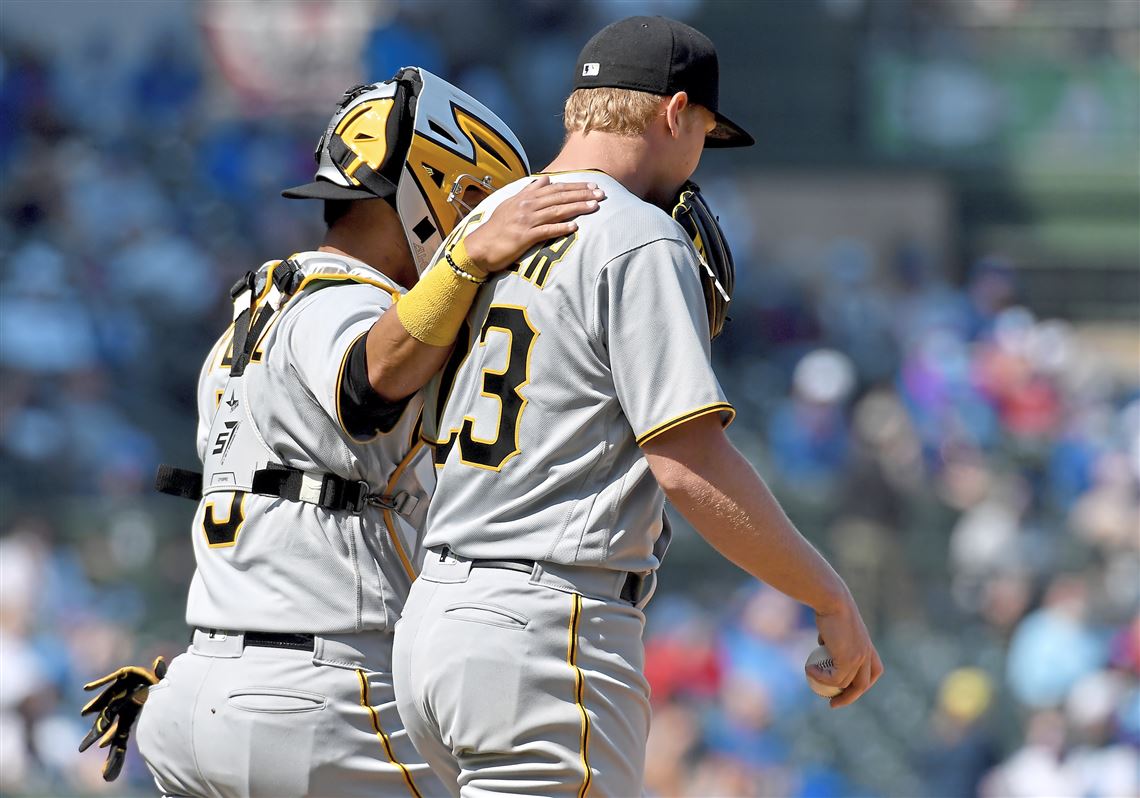 It was not a Happy Easter for the Pittsburgh Pirates or their fan base today.  Prior to the game it was announced that starting third baseman Ke’Bryan Hayes was placed on the 10-day injured list with a left wrist injury.  He was replaced on the roster by Wilmer Difo.  Pitcher Tyler Bashlor was then designated for assignment to make room for Difo on the 40-man roster.

After all that took place there was still a game to be played. The Chicago Cubs jumped out to an early lead and didn’t look back, as they took the rubber match of this series from Pittsburgh by the final of 4-3.  The Pirates downfall for this game came from another short outing by a starter and the inability to come up with a clutch hit from one of their veteran bats.

Mitch Keller made his first start of the season for Pittsburgh and made it through only three innings.  During that time, he would allow three runs on two hits to go with four walks and four strikeouts.  Keller is believed to be a future top of the rotation pitcher for the Pirates, but outings like these leave that future in doubt.

Chicago collected two of their runs in the first inning.  The first came when Kris Bryant hit an RBI single to shallow right center field.  A Joc Pederson ground out plated Anthony Rizzo for the second run.  In the third inning Pittsburgh native Ian Happ would hit a solo home run to center field to put the Cubs up by three.

The Pirates finally got on the board in the sixth inning on a Colin Moran two run home run to left center field.  Chicago quickly got that run back in the bottom half of the inning when Javier Baez reached base on a Phillip Evans fielding error, bringing in Bryant to score.  That would prove to be the winning run, as Pittsburgh could only collect one run in the eighth on an Evans single to rightfield.

The bullpen for the Pirates did all they could to keep them in the game today covering the final five innings.  During those innings, they allowed one run to go with three strikeouts and three walks.  Zach Davies earned the win for the Cubs, while the loss went to Keller, and the save to Craig Kimbrel.  Pittsburgh will continue their road trip tomorrow night with the first of three against the Cincinnati Reds.  Chicago will welcome the Milwaukee Brewers to Wrigley Field.