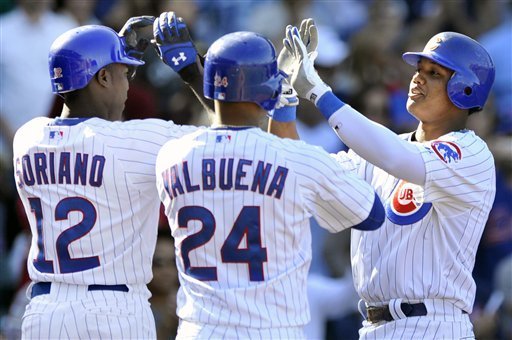 The Pirates have been one of the worst teams in all of Major League Baseball since the beginning of August.  Yet, amazingly enough, they were only three games behind the St. Louis Cardinals for the final N.L. Wild Card spot entering this afternoon’s game against the Chicago Cubs at Wrigley Field.

Unfortunately, the depressing trend of horrible play by the Pirates continued today as they fell behind early and couldn’t make a full comeback, losing to the Cubs, 7-4 to push their losing streak to a season-high seven games.

Despite the recent string of losses, the Bucs’ starting pitching had been solid as of late…but that certainly wasn’t the case today.  James McDonald took the hill, and didn’t make it out of the fourth inning.  He struggled with his control throughout and gave up a number of very well hit balls.  In all, J-Mac tossed 83 pitches in 3.2 innings.  He was tagged for four runs on five hits, ballooning his ERA to 4.05 as he fell to 12-8 on the season.

The Pirates used seven pitchers in relief today, including the Major League debut of Bryan Morris, who pitched a hitless eighth frame.  The sixth inning was the Bucs’ ultimate downfall, headlined by a three-run homerun by Starlin Castro to give the Cubs a 7-3 lead at the time.  Tony Watson was charged with one run, while Jared Hughes, who gave up the homerun, was tagged for a pair.

Offensively, it was another frustrating day for the Pirates.  They were able to manage four runs on eight hits, but they left too many runners on base, just as they’ve been doing lately during this horrendous skid.  Garrett Jones and Gaby Sanchez led the team with two hits each, while Pedro Alvarez had two RBI’s.  Andrew McCutchen hit his 27th homerun of the season in the seventh inning, but was just 1-4 today with two strikeouts.

The Bucs are sinking fast at this point.  Not only are they all but kissing any post season hopes goodbye, but they are now in serious danger of dropping below the .500 mark.  They are just 72-71, a far cry from when this team was 16 games over .500 and one of the better clubs in the National League.  The losing streak HAS to stop now, beginning tomorrow at Wrigley Field.  Wandy Rodriguez will try to continue his solid stretch of pitching.  First pitch is slated for 1:05pm.