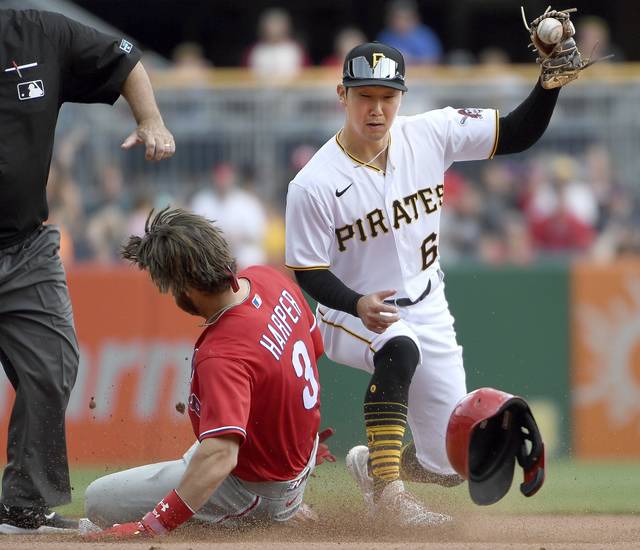 After exciting wins to open this series, the finale was the complete opposite.  The Pittsburgh Pirates hoped to complete their first series sweep since August of 2020 today, but were blown out by the Philadelphia Phillies 15-4.  The key contributors to this blowout were terrible bullpen pitching and a “Sunday” lineup if there ever was one.

Mitch Keller made his first start since being recalled from AAA Indianapolis and was ok in terms of what we should expect from Keller.  He pitched five innings and allowed four runs on eight hits to go with two strikeouts.  He had better command of his pitches, which is why he had zero walks, but eight hits in five innings is a number that needs to come down in order for him to live up to the hype.

Aside from Nick Mears pitching a scoreless eighth inning, nothing good came from the bullpen today.  Cody Ponce allowed four runs on seven hits with three strikeouts while pitching the sixth and seventh innings today.  Fresh off his disastrous start on Tuesday, Luis Oviedo could not record an out in the eighth inning, but he did allow five runs on one hit to go with four walks.  John Nogowski pitched the ninth inning.  The fact that a position player has pitched twice in one week shows how poor the bullpen and team has been as a whole.  He allowed two runs on two hits during his time on the bump.

The offense did show signs of life throughout the contest.  Wilmer Difo hit an RBI single to right in the third inning to drive in Keller.  Kevin Newman would pinch hit in the seventh and hit a sac fly to center which brought home newly acquired Bucco Hoy Park.  With Pittsburgh down 13 runs in the ninth, Michael Perez would smack a two-run homer to right center to close the gap to eleven.

Overall, it was a disappointing day for Pirates nation and an ugly way to end the series and home stand.  Pittsburgh will now hit the road for a seven-game trip that will see them take on the Milwaukee Brewers and Cincinnati Reds.  First up will be a three-game set with Milwaukee.  The Brewers currently hold a seven-game lead on second place Cincinnati in the division, and I am sure they would like to pick up a couple wins against the Pirates to expand that lead.