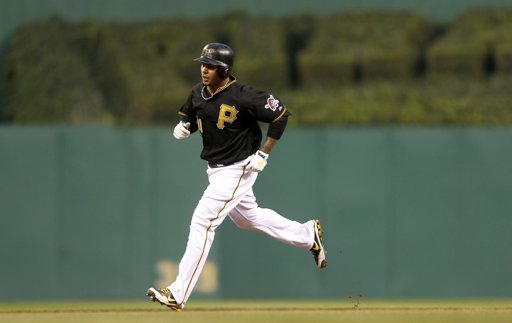 The last couple nights have been difficult to watch for fans of the Pittsburgh Pirates.  After a 13-0 blowout loss to the St. Louis Cardinals, they squandered opportunities in a 4-2 defeat to the Colorado Rockies on Friday.  Tonight at PNC Park, however, things couldn’t have been any different.

The Pirates totaled eleven hits, including three from Jose Tabata, easing to a 5-2 victory over the Rockies on Saturday night.

Tabata had a homerun, a triple, and a single, leading the Bucs’ offense that had struggled the past two  nights.  Gaby Sanchez added two hits with two RBIs, while Andrew McCutchen and Jordy Mercer added a pair of hits as well.  Cutch’s double in the third inning scored Starling Marte to give the Bucs their first run of the game.  Tabata’s solo homerun in the fourth doubled their lead, and Sanchez’s RBI single scored Marte an inning later.

Clint Hurdle put on the suicide squeeze in the sixth inning, and Josh Harrison pulled the bunt off perfectly, allowing Tabata to score from third.  Sanchez added another RBI single in the seventh to extend the lead to 5-0.

As satisfying as it was to see the offense wake up tonight, just as impressive was the performance from Francisco Liriano on the mound.  The Bucs’ starter gave up just two hits with five walks and six strikeouts in seven innings of work, lowering his ERA to 2.02 on the season while winning his twelfth game (12-4).  Tony Watson, Bryan Morris, and Mark Melancon finished off the Rockies in the later innings.  Watson struggled tonight, though, giving up two runs while only recording one out.

This was a big win for the Bucs, who extended their lead in the N.L. Central with the win paired with the Cardinals’ loss.  These series against the lower ranked teams are just as important as the series against playoff contenders, and the Pirates will need to play well again tomorrow afternoon to clinch the series victory over the Rockies.  First pitch is scheduled for 1:35pm.