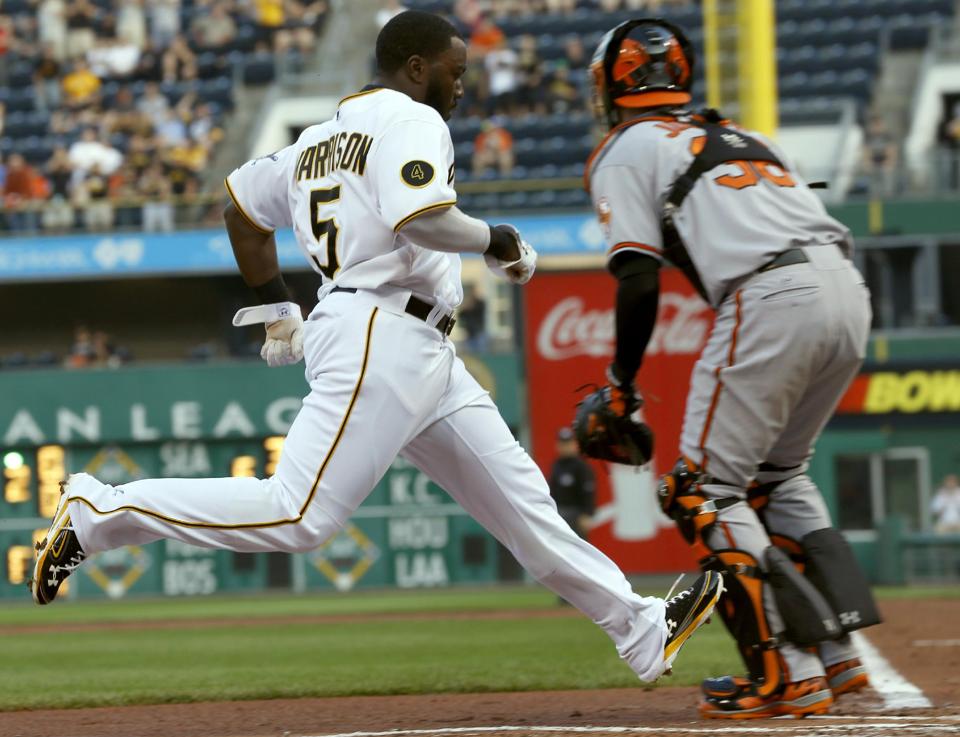 The Pittsburgh Pirates had one last chance to defeat the Baltimore Orioles during the 2014 regular season.  Baltimore had made easy work of Pittsburgh last night and there were times during tonight’s ball game that it looked like they would once again.  The Pirates battled for a full nine innings and played with toughness of their 1979 predecessors who were honored before the game.

The Buccos were able to jump on Orioles starter Chris Tillman early, just as they had done earlier this month.  Andrew McCutchen would start the scoring with a RBI double to right field that scored Josh Harrison.  That would be followed up with a Starling Marte triple that brought in two runners.  The inning was capped off with a run scoring single by Ike Davis.

The game would drastically change in the top part of the second, when Baltimore lit up starter Wandy Rodriguez.  The inning was led off with a home run by Nelson Cruz.  After a series of hits, another run would score on a Rodriguez fielding error.  The trouble continued with a sac fly and then a RBI double by Manny Machado, which was followed up with two lucky hits.  The first one was by Chris Davis who managed to hit a tapper just by the pitcher to plate a run and then Cruz would bat again this time hitting a ground ball off the third base bag to bring home another run.

After all the Rodriguez was finall pulled giving up six runs, with only one being earned.  Baltimore easily hit him tonight as they were sitting breaking ball and they could hit the fastball since he had no zip on the pitch tonight.  Its time for the Pittsburgh brass to cut the strings and let him go.

The Pirates were able to battle back in the second with four more runs.  Neil Walker brought in a run on a hard hit ball, that was ruled an error, to right field.  Pedro Alvarez singled in the second run of the inning and then Davis retook the lead with a single of his own.  The Buccos gained some insurance when Jordy Mercer hit into a bases loaded double play.

The game was quiet until the seventh inning.  With the O’s down two J.J. Hardy singled home Davis, former Bucco Steve Pearce then stepped in tied the game single to shallow right.  The Pirates were not done though as Tony Sanchez put them ahead for good with a single that score Marte.

It was not a pretty win by any means.  The starter was awful and hopefully is no longer in uniform soon, and the bullpen was used up with five men comeing out of the shark tank.  This could be big if the starters struggle in the next couple games, since the Pirates do not have an off day until June 5.