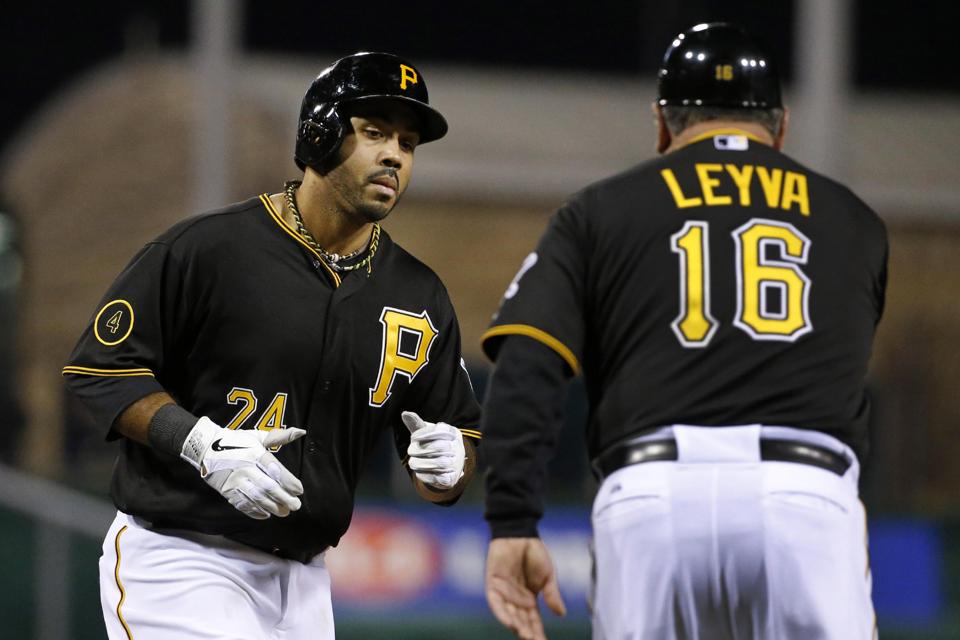 The Pittsburgh Pirates opened up their second series of the year tonight against a team they became very familiar with in 2013, the St. Louis Cardinals.  While St. Louis has been a top team in the National League for many years, Pittsburgh hopes that 2014 has them battling with the Cardinals for a division crown.

Gerrit Cole grabbed a lot of attention pitching twice against St. Louis in the division series last year.  Tonight he showed that last year was no fluke and that he looks to add on to 2013’s accomplishments.  In his first start of the year, he pitched seven innings, allowing two runs on six hits, while striking out three and walking two.  He did find himself in a couple jams, but only gave in when Matt Carpenter hit a two run homer in the fifth.

Through the first three games of the year it looked like the Bucco bats were left in Bradenton that is until they busted out with 12 runs tonight.  Pedro Alvarez set the pace early with solo home runs in the second and fourth innings.  Travis Ishikawa followed suite by hitting his first home run in a Pittsburgh uniform in the fourth as well.

The sixth inning saw the Pirates score three runs and increase the lead 6-2.  Another run would be added in the seventh and then five more in the eigth, which was highlighted with a two RBI triple by Andrew McCutchen to give Pittsburgh a 12-2 win.

This was a great way to start off a series with a division rival.  While nothing was clinched tonight it is still good to show the rest of the league that the Buccos do not plan on being just a one year fluke.  Game two of this series will take place tomorrow night, with Francisco Liriano making his second start for Pittsburgh, while the Cardinals will counter with Joe Kelly.