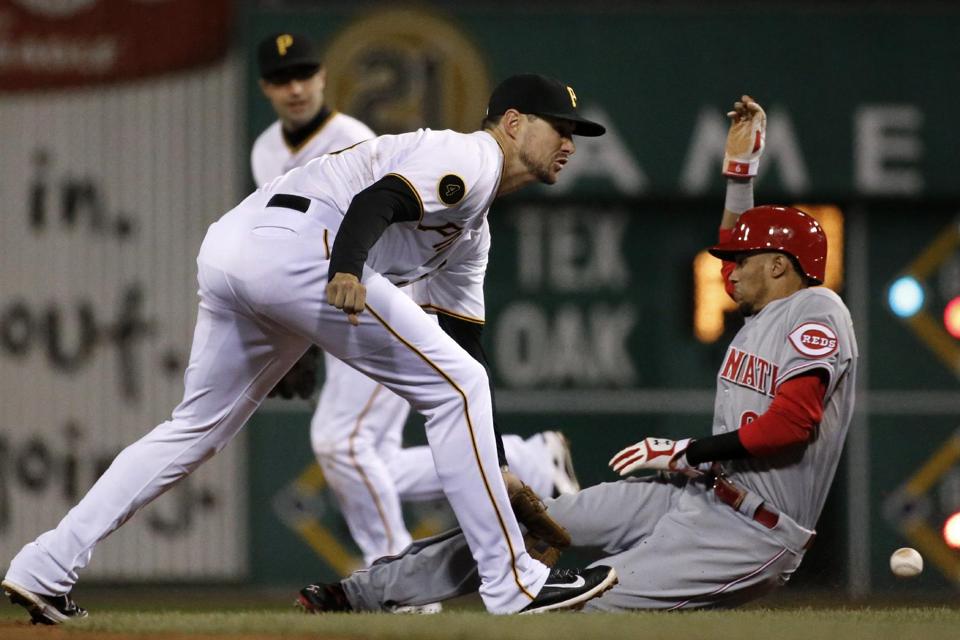 The Pittsburgh Pirates have struggled to be a conistenet offensive producing team for quite some time now.  More evidence of this was brought to the forefront tonight against the Cincinnati Reds.  Pittsburgh would lose 5-2 to Cincinnati tonight, but not before leaving ten runners on base.

The Pirates were able to strike first in this game tonight when Reds pitcher Alfredo Simon issued a bases loaded walk to Travis Snider.  Unfortunatley there were already two outs and Jordy Mercer would strike out to end any chance of a big inning.  Simon entered the game with a 0.86 ERA, so if damage could be inflicted, it would have to be early.

Charlie Morton got the nod for the Buccos, and still seemed to struggle quite a bit on the mound.  He would last only six innings because of the 108 pitches he threw during that time.  Of those 108, only 59 were strikes, this shows how poorly his command was.  Cincinnati wasted little time tying the game as they scored their first run in the second.  Pittsburgh was able to regain the lead in the third when Andrew McCutchen hit a solo homer to left field.  It is nice to see Cutch producing, but with no consistent threats in the lineup, it will be easy for teams to pitch around him.

The fifth inning is when the Reds broke the gates open.  Billy Hamilton continued his tear of the Pirates with a RBI single to left field.  Backup catcher Chris Stewart would commit a throwing error to second that allowed the third run to score.  Jay Bruce then added a fielder’s choice that plated Hamilton.  Their final run came in the eighth on a Devin Mesoraco fielder’s choice.

The ten runners left on base show that the Pirates are having trouble producing quality at bats in pressure situations.  The three errors they commited show that they not as disciplined as they should be at this point in the season.  This team has lost 10 of its last 13 games and is on the verge of losing a fourth straight series tomorrow afternoon.  It is still early, but with so many games against the division being played in April they are extra important.