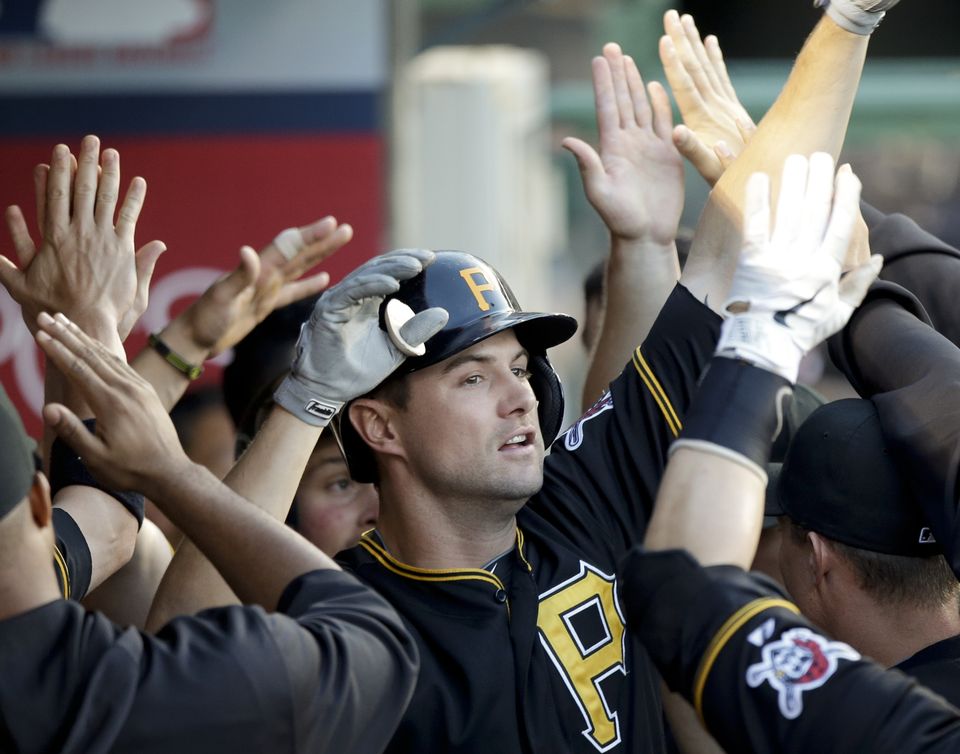 The Pittsburgh Pirates are playing really good baseball right now.  Just ask the Los Angeles Angels.  The Bucs used the long ball to get ahead early, and the pitching staff continued to hold Mike Trout, Albert Pujols, and the rest of the Angels in check.  After a 6-1 rout over the Angels tonight, the Bucs clinched another series victory, adding to a successful road trip.

Francisco Liriano was impressive again tonight for Pittsburgh, giving up one run on seven hits through 6.2 innings, with three walks and six strikeouts.  He earned his sixth victory (6-3) of the season, lowering his ERA to just 2.30 on the year.  Bryan Morris and Justin Wilson combined to pitch the final 2+ innings in relief. The same couldn’t be said for Angels’ starter Jerome Williams, who fell to 5-3 on the year, giving up five runs (four earned) with eight hits.

The Pirates got on the board in the second inning with an offensive outburst led by Pedro Alvarez.  The Bucs’ third baseman is red hot right now, and his 1-out solo blast got things started for his team.  Gaby Sanchez then singled, as did Neil Walker, and after Travis Snider grounded into a fielder’s choice, Jordy Mercer slapped an RBI single.  Later in the inning, Russell Martin forced a bases loaded walk to bring in the Bucs’ third run.

Snider’s RBI single in the fourth, Andrew McCutchen’s solo homerun in the fifth and Sanchez’s round tripper in the eighth gave Liriano and the pitching staff more than enough breathing room.

This was the ultimate feel-good game for the Pirates and their fans.  Pedro stayed hot tonight, while McCutchen hit a homerun for the first time in almost a month.  Walker is also swinging a nice bat, while Sanchez and Mercer are also looking comfortable.  This team is dangerous right now, and it’s a lot of fun to watch.

After clinching the series victory, the Pirates now look for the sweep tomorrow afternoon in Anaheim.  Charlie “Ground Chuck” Morton will take the hill against the Angels’ Joe Blanton.  First pitch is slated for 3:35pm.