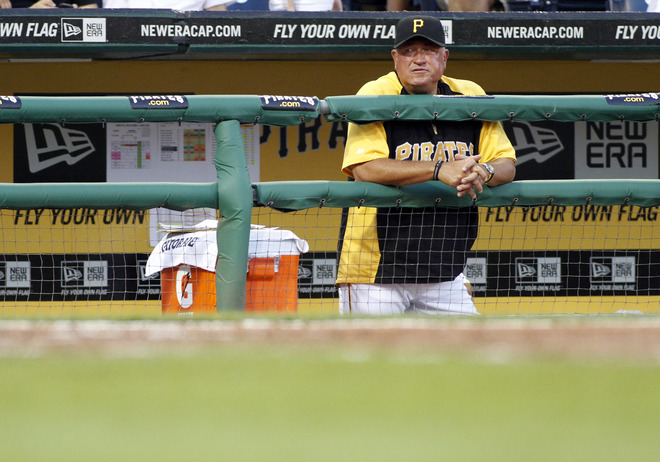 Twins’ starter Francisco Liriano entered tonight’s game atPNCPark with a 1-7 record and a 6.24 ERA.  Meanwhile, the Pirates offense was coming off a seven run, twelve hit performance last night.  So, given the struggles of the Twins’ starting pitcher and the recent explosion of the Pirates offense, this should have had the makings of another victory for the home team…right?

And that’s why they play the game.

Bedard gave up a run in the first inning on an RBI single by Trevor Plouffe, which scored Josh Willingham.  That lead lasted until the bottom of the seventh inning, when the Bucs tied it up on a sacrifice fly by Rod Barajas with the bases loaded.  The fly ball could have very easily been a bases clearing double if it weren’t for an incredible catch by Denard Span in center field.

The Twins responded immediately in the top of the eighth on a solo homerun by Willingham off Jason Grilli.  The Twins would hold on for the narrow victory over a Pirates team that squandered a few offensive opportunities throughout the game.

Without a doubt, this is a series the Pirates need to win.  They can still do that with a victory tomorrow, but they had their chances to do so tonight.  Bedard pitched a strong game, giving them six quality innings while just giving up one run.  The bullpen, for the most part, was solid.  Jared Hughes and Doug Slaten each pitched a scoreless inning, and Grilli made one mistake during his appearance in the eighth inning, and Willingham made him pay for it.

Offensively, it was a frustrating performance for Pirates’ fans.  They had runners on base in six of the game’s nine innings, but were only able to push one run across the plate.  As a team, the Bucs managed just five hits, one a piece from Josh Harrison, Andrew McCutchen, Casey McGehee, Clint Barmes, and Matt Hague.  Pedro Alvarez was walked twice, while Jose Tabata went 0-3, dropping his average to .225 for the season.

The inconsistency at the plate continues for the Pirates, who sincerely need a win tomorrow to secure the series victory over the Twins before welcoming a dangerous Detroit Tigers team to Pittsburghthis weekend.  James McDonald will take the mound for the Pirates against the Twins’ Liam Hendriks.  First pitch is scheduled for 7:05pm.