Pirates Offense Wakes Up In Win Over Rockies 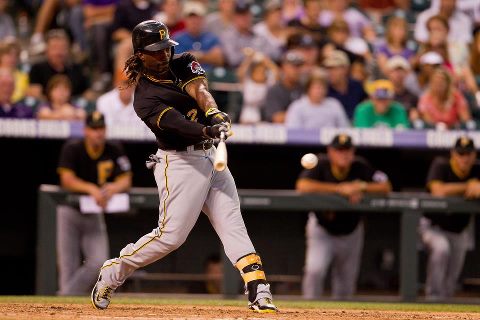 The Pittsburgh Pirates had been in a bit of a slump since returning from the All-Star break and nowhere was that more relevant than at the plate.  After leading the National League in runs in June, the Buccos “O” seemed to have cooled off a bit.  Coors Field, home of the Colorado Rockies, seemed like a good place to get the fire back in the bats.  With a 6-2 win tonight, it appears that our Bucs are heading back in the right direction.

After being down a run, Andrew McCutchen blasted his 22nd home run of the year to left field to tie the game at one. Colorado would regain the lead in the in the bottom part of the fourth.  That would be the last lead the Rockies would have on the night.

In the fifth the Pirates offense finally came to life.  The first run of the inning came on an Alex Presley ground out that scored Michael McKenry.  Run number two would cross the plate when Drew Sutton singled to right field.  Colorado then helped Pittsburgh out, when Christian Friedrich tossed a wild pitch that allowed Sutton to score.  Casey McGehee would add the final run of the inning with a single to center that scored Cutch.

The Pirates then added an insurance run in the eighth when The Fort hit an RBI double that scored Neil Walker.  The Real Deal Neil would go 2-3 on the night to up his hit streak to 17 games and put his batting average at .302 on the year.  Now when you mention batting average and the Pirates you have to mention Cutch.  His 2-4 at the plate tonight raised his league leading average to .374.  He just continues to amaze each night at the plate.

Erik Bedard started for the first time in eleven days tonight, and many were speculating that he needed a good outing if he wanted to remain in the rotation.  Bedard did not disappoint in his 6 2/3 innings of work tonight.  He would allow two runs, one earned, on eight hits, while striking out and walking four batters.  Sure these numbers aren’t worthy of a top of the rotation spot, but for a 4 or 5 guy, he kept his team in the game, and once the lead was safe, he went out and got outs.

Good win tonight, with another important game tomorrow.  The Pirates will be looking to take this series from the Rockiesand finish this road trip with a 3-3 record.  James McDonald will be looking to greatly improve on his last start out on Friday againstMilwaukee.  Be sure to sneak out of work early tomorrow and get in front of a TV, because first pitch is scheduled for 3:10.