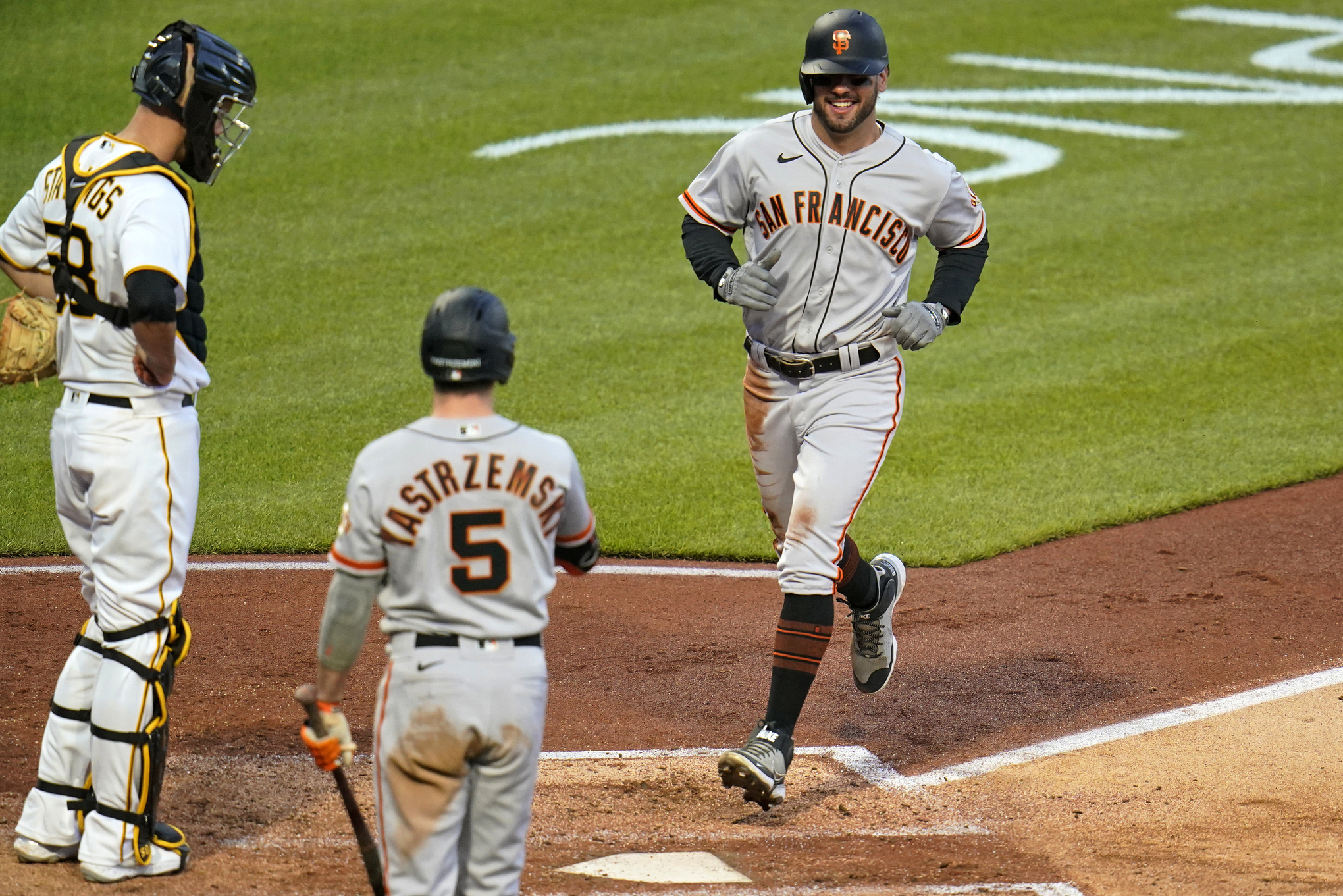 Anyone who has watched the Pittsburgh Pirates during the 2021 season can see that this team is struggling at the plate.  The cause of this may be from a lack of talent, injury, or young guys not ready to perform at the Major League level.  The woes with the bats continued tonight, as Pittsburgh opened a four game home series against the San Francisco Giants with a 3-1 defeat.

As of late the starting pitching has been performing at a high level.  That continued tonight as Wil Crowe worked five innings.  He allowed three runs on six hits to go with five strikeouts and one walk.  All three of those runs came in the fifth inning.  It began when Steven Duggar hit a solo home run.  A throwing error by Jacob Stallings would allow Mike Tauchman to score the second run of the inning.  The third run crossed when Mike Yastrzemski plated Buster Posey on a triple to right.

Anthony DeSclafani also worked five innings for San Francisco.  He would give up one hit to go with five strikeouts and one walk.  The Pirates would get their lone run off of Giants relief pitcher Camilo Doval.  That came in the eighth inning when Will Craig hit a solo home run to right center.  Craig was called up this afternoon from Indianapolis due to a slew of injuries at the first base position.

The Pittsburgh bullpen continued to do what they have all season, keep their team in the ballgame.  Three Buccos would make their way out of the pen tonight.  The first was Chasen Shreve who allowed one hit, struck out a batter and walked one during his inning of work.  That was followed by Chris Stratton who walked two and struck out three, while working two innings.  The ninth inning belonged to Clay Holmes.  Holmes struck out two and gave up one hit.

It is frustrating to see how difficult it is for this Pirates team to find any offense.  The worst part is that their pitching has been doing well as of late and they still come away with a loss.  Pittsburgh will look to get a win streak started tomorrow night when these two teams are back on the field in game two of this series.  Tyler Anderson will start for the Pirates, while San Francisco will counter with Kevin Gausman.  First pitch is 6:35pm.