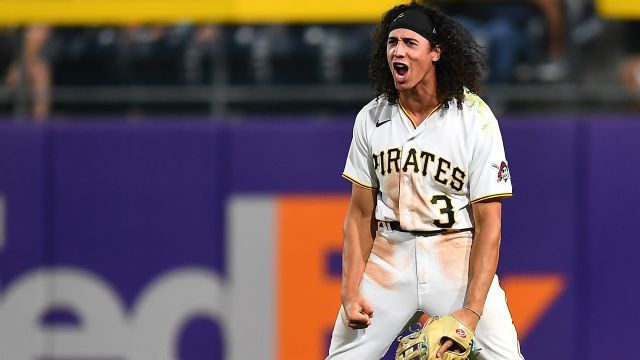 The Pittsburgh Pirates opened their final series of the season with a 9-2 victory over the Cincinnati Reds at PNC Park on Friday.

Luis Castillo pitched for Cincinnati, holding the Bucs in check for his 5.1 innings on the mound.  The Pirates were able to score one run on six hits on the Reds’ starter.  But they did the bulk of their damage against the bullpen in the late innings, blowing out which was originally a tightly contested game.  Wil Crowe started for Pittsburgh, giving up just one hit and two walks in six innings.

The Pirates scored the game’s first run in the bottom of the first on a groundout by Yoshi Tsutsugo that scored Cole Tucker.  The game remained a 1-0 score until the top of the eighth when Max Schrock singled home TJ Friedl to tie the game.

Then things got ugly for Cincinnati.  The Pirates stepped to the plate in the bottom of the eighth and exploded for eight runs to blow the game wide open.

A wild pitch by Michael Lorenzen allowed the first run of the inning to score, followed by a two run single by Kevin Newman to make the score 4-1.  A RBI single by Hoy Park scored their fifth run of the game, and Tucker blasted a grand slam to right center to make it 9-1.

Cincinnati did score a run in the top of ninth, but it was far too little, far too late.  The Pirates held on for the easy victory.

This was a great way to start this final series of the season for the Bucs.  They will look to clinch the series victory when they take the field in the second game of the series on Saturday.