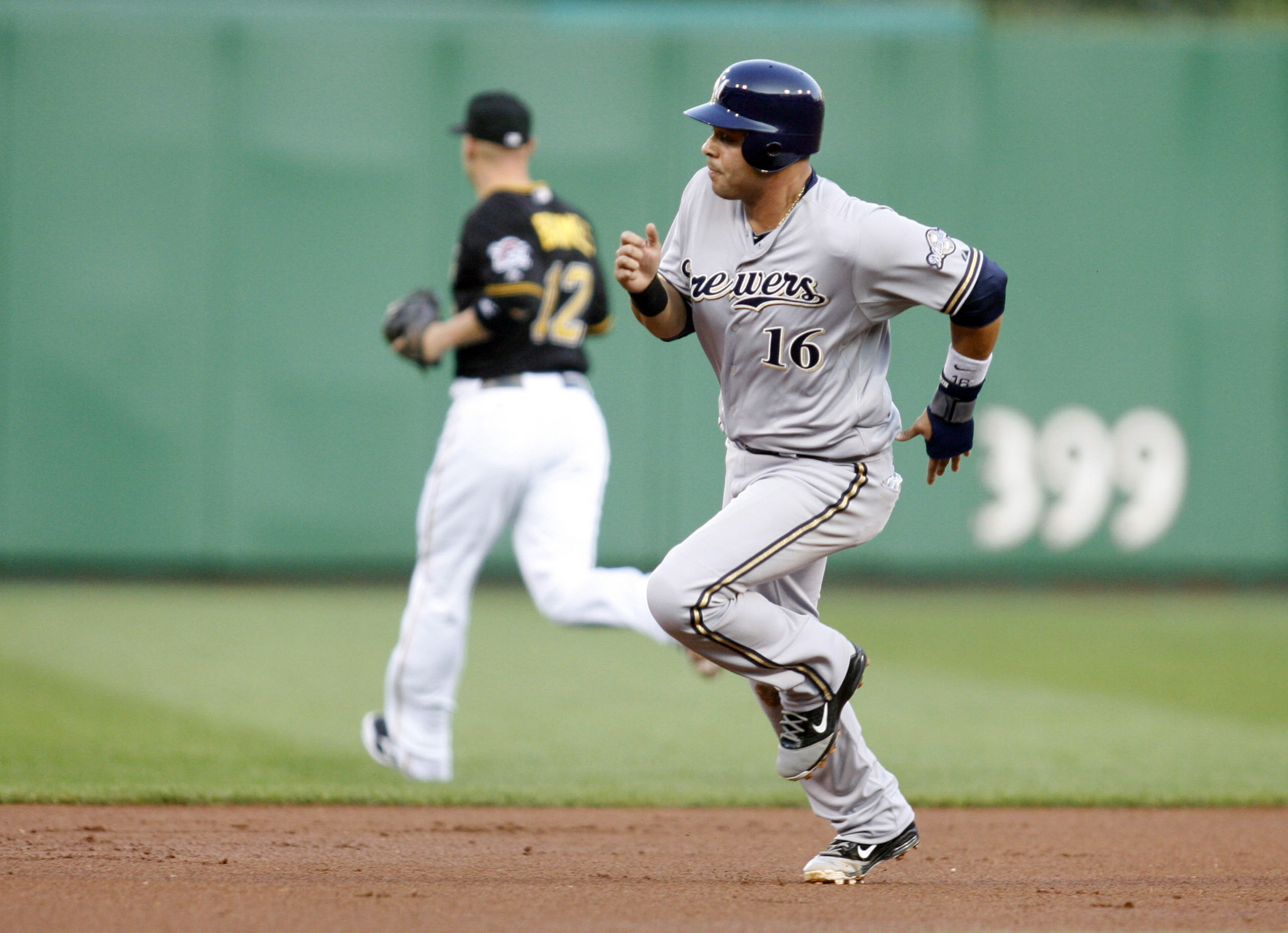 After a disappointing 2-4 road trip in St. Louis and San Diego, the Pirates returned home to PNC Park to face the Milwaukee Brewers for three games this weekend.  As we know, the Bucs have been on a bit of a skid, but for as well as they’ve played at home this year for the most part, it was the hope of the team and the fans that they could get things turned around inPittsburgh.

Unfortunately, the trend of overall disappointing baseball continued for the Pirates tonight as they feel to the Brewers in the first game of the series by a final score of 6-5.

Jared Hughes gave up a three-run double to Aramis Ramirez and an RBI single to Corey Hart in the seventh, breaking the game open to a deficit from which the Pirates couldn’t recover.  Hughes relieved starter Wandy Rodriguez, who was charged with three runs on six hits with four walks and three strikeouts in his 6.2 innings of work.

The Pirates had a huge opportunity to tie the game (at least) in the ninth inning.  Brewers’ closer John Axford led off the inning with back to back walks to Andrew McCutchen and Garrett Jones before giving up an RBI single to Neil Walker. With runners on first and second and no outs, Axford struck out Pedro Alvarez and Jeff Clement before allowing an RBI single to Michael McKenry to close the gap to one run.  Kameron Loe relieved Axford with two outs in the ninth, striking out Gaby Sanchez to end the game.

Offensively, the Pirates had seven total hits as a team.  Rod Barajas went 2-3 with a homerun, a single, and an RBI, while McCutchen had a two-run single and a walk.  Overall, though, the Bucs were kept in check by Milwaukee starter Mike Fiers, who pitched 6.2 innings, giving up three runs on five hits, but struck out 10 batters on his way to earning his 7th victory of the season.  After a VERY shaky ninth inning, Kameron Loe earned his second save of the year.

If we thought there was panic after Wednesday’s loss to San Diego, Pirates nation will really be down on their team tonight.  The Bucs have now lost four straight games, and are in danger of dropping even further in the divisional and/or Wild Card race as the Cardinals and Reds are facing off this weekend.  They certainly showed a lot of heart in the ninth inning to make things interesting, but this was decided in the innings leading up to the ninth, not on Gaby Sanchez’s pinch-hit strikeout.  Clint Barmes’ two errors in the second inning come to mind, which led to two runs for the Brew Crew.

The Pirates will look to end the skid tomorrow night against the Brewers as Jeff Karstens will take the mound against Shaun Marcum for Milwaukee.  Another huge crowd, who will likely turn on the team immediately if things don’t go well, is expected for the 7:05pm first pitch.