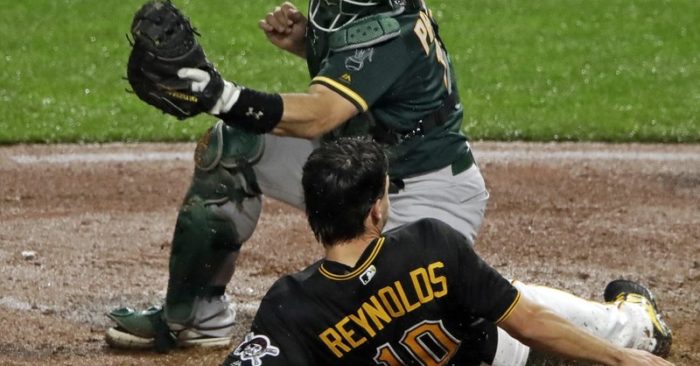 Oakland picked up right where they left off on Friday night in the first inning, as they tallied three runs to take control of the game early.  Khris Davis singled home Matt Chapman, and Kendrys Morales tripled home a run, and Stephen Piscotty singled home Morales to make it 3-0 before the Bucs even game to bat.

Josh Bell brought the Pirates back himself by hitting homeruns in back to back innings.  His solo shot in the second got the Bucs on the board, and his two run blast in the third, his eighth of the season, scored Starling Marte to tie the game.

A single by Davis in the fifth scored Chapman and put the Athletics back in front at 4-3, but a three run seventh inning gave the Pirates the lead…this time for good.  Kevin Newman, just activated on Saturday, hit a two run triple, scoring Gregory Polanco and Bryan Reynolds to make it 5-4.  Francisco Cervelli’s RBI single gave the Bucs a much-needed insurance run.

This was a huge victory for Pittsburgh.  After a terrible game on Friday, and getting off to a horrible start on Saturday, it was a crucial for the Pirates to respond the way they did, make it a game, and eventually come out on top.

The Athletics and Pirates will meet back up this afternoon at PNC Park for the rubber match of this series.  Frankie Montas will take the mound for Oakland against Jordan Lyles for Pittsburgh.  First pitch is scheduled for 1:35pm.