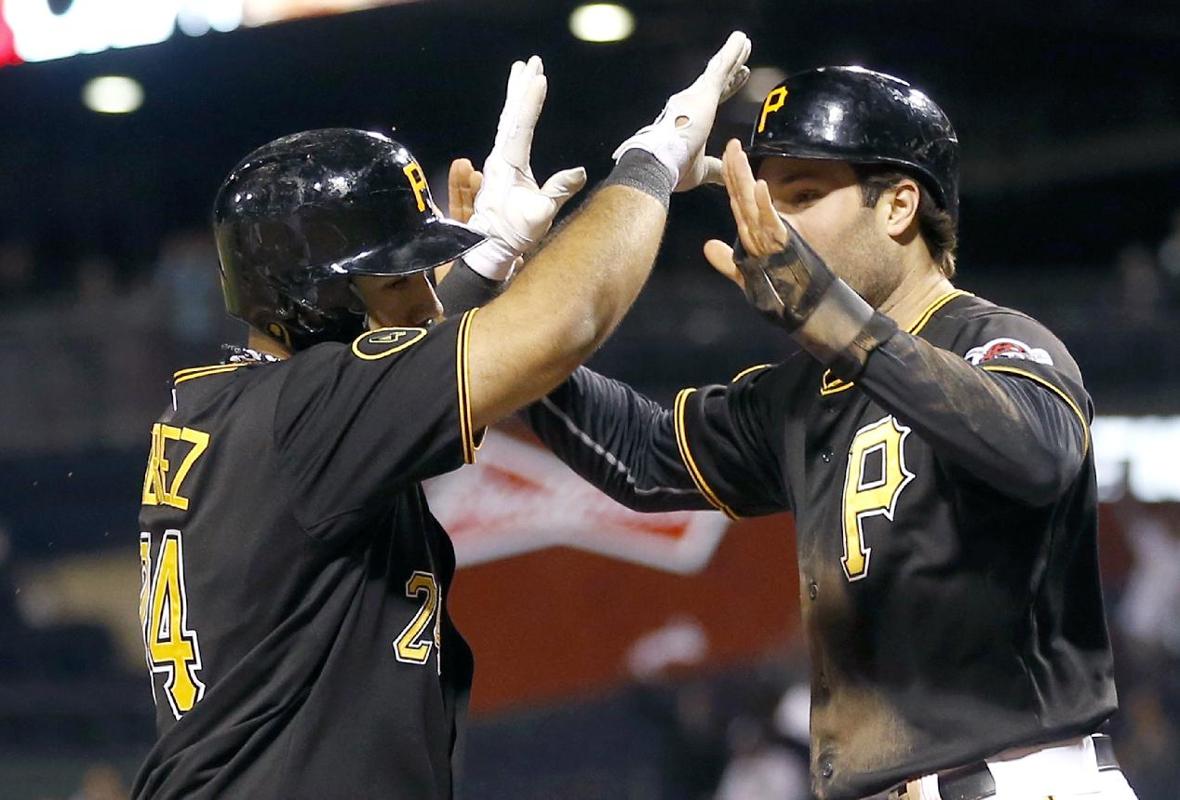 For the second consecutive night, the Pittsburgh Pirates were out-pitched and outplayed by the Toronto Blue Jays.  And, for the second night in a row, the Bucs rallied in the late innings to steal a victory in front of their home crowd.

Francisco Liriano started for the Pirates tonight, and struggled mightily.  He gave up five runs (four earned) on six hits with three walks and three strikeouts through just 3.2 innings of work.  The Pirates used a total of six pitchers, including Bryan Morris, who earned the victory (3-0).

Pittsburgh battled back in the bottom of the fourth with a pair of manufactured runs.  Pedro Alvarez scored from third on a wild pitch to get the Bucs on the board, and Clint Barmes’ ground out allowed Gaby Sanchez to score, cutting the lead to 5-2.

Bautista’s solo homerun in the sixth inning pushed the lead to four runs, seemingly putting the game out of reach.  But once again, the Bucs battled back.  Harrison’s RBI double scored Barmes, and Alvarez’s ground out scored Harrison to bring them within two runs.  Then, Jordy Mercer, who has struggled with the bat this season, hammered a two run double to deep center, scoring Walker and Andrew McCutchen to tie the game.  Walker’s hit in the bottom of the eighth would give the Bucs their first and final lead of the game.

This was another wild game between the Pirates and Blue Jays, and once again, Pittsburgh was able to come out on top.  While it’s extremely frustrating and troubling that Liriano has still not returned to the form of 2013, and that the team committed four errors (could have been five), it is also very encouraging that the offense has come up big the past two nights.  They need to find ways to win games, and they have done so this weekend.

The Bucs will aim for the series sweep tomorrow afternoon, as they send Edinson Volquez to the mound.  First pitch is scheduled for 1:35pm.