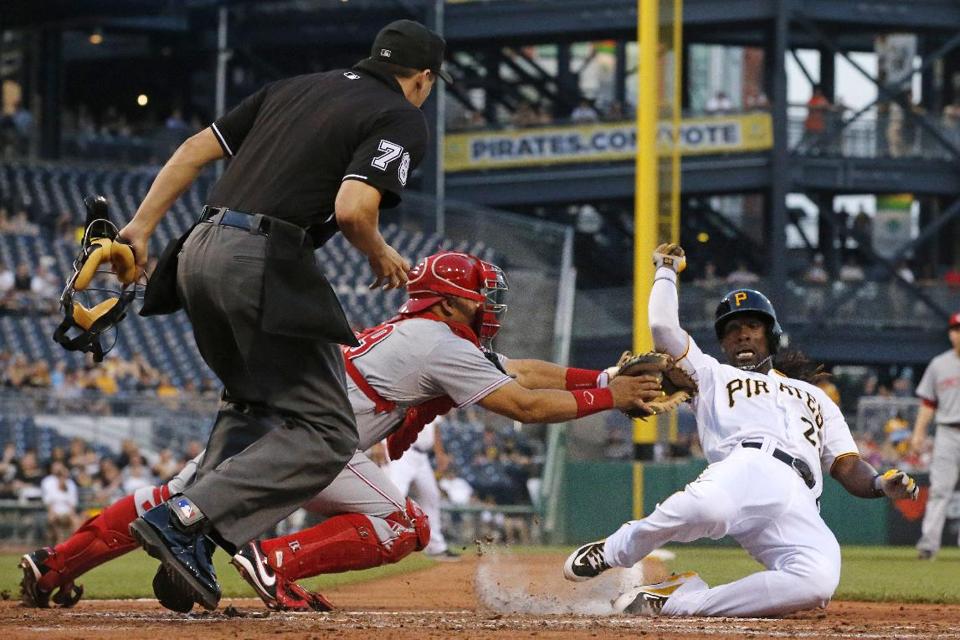 While we aren’t quite to the halfway point in the season, certain things are starting to show themselves when it comes to what we can expect in 2014 for the Pittsburgh Pirates.  We know that the top of the order of Gregory Polanco, Starling Marte, and Andrew McCutchen has the potential to be one of the best in the Majors.  Something else we know is that Pittsburgh has a big question to answer at third base, do they bench Pedro Alvarez in favor of Josh Harrison when Neil Walker returns.  I’m hoping the answer is Yes! Yes! Yes!  Lastly we have come to the conclusion that the bullpen is no longer the Shark Tank, but more like a couple of cats locked in a room.  Sure they sound tough, but really pose no threat.

Let us start off by saying that the Pirates lost tonight to the Cincinnati Reds 6-5.  They had chances to win the game, but some running errors and another poor pitching performance by Jason Grilli sealed their fate.

The top of the order went 4-13 tonight, which at .307 against Johnny Cueto and his 1.92 ERA isn’t so bad.  In fact the faction now known as RUN PMC scored three of the Buccos five runs on the evening.  Two of those runs came in a three run seventh inning that tied the game 5-5.

Harrison continued to swing a hot bat tonight.  He would go 4-5 with two RBI and a stolen base.  He has increased his average to .319 on the season and deserves to be an everyday starter.  With right field taken by Polanco and Walker sure to take back second once he is off the DL, the only place for him is third.  That means benching or trading Alvarez who went 0-3, dropping him to a .232 average, and he picked up another error on a bad throw to first.  To throw more salt in the wound, he was pinch hit for in the seventh inning during a big rally.  More proof that Hurdle is losing any confidence he had in El Toro.

Starter Brandon Cumpton pitched well tonight giving up three runs in six innings of work, while striking out four and walking one.  He continues to give an argument into being in the rotation once Gerrit Cole and Francisco Liriano come off the DL.  The bullpen is what sunk the ship once again tonight.  They would continue to be bad after a terrible showing in Miami.  Justin Wilson gave up two runs on three hits in 2/3 inning of work.  Once the game was tied, Grilli came in during the ninth and gave up the go ahead home run to Todd Frazier that ended up sealing the win.

The Pirates need to make some changes if they hope to contend this year.  Seventy games into the season has shown, that staying put with what got them to the postseason last year will not do.  Game two of this three game series will take place tomorrow night at 7:05pm.