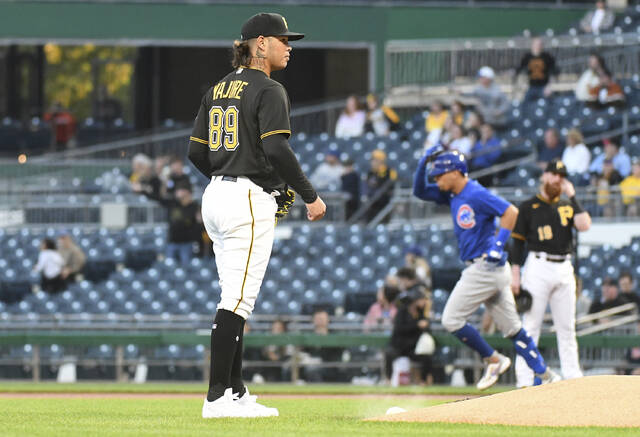 The Pittsburgh Pirates reached a milestone tonight that no fan wanted to see when the season started back in April, 100 losses.  It was no surprise that this team reached this number of losses as they have been plagued by lack of talent, injuries, and poor play all year long.  This would mark the ninth time in the club’s history that they have lost 100 games in a season.

The Chicago Cubs jumped on the board early with a solo home run by Rafael Ortega on the very first pitch of the game and continued to score runs on their way to a 9-0 victory.  The biggest inning for Chicago would be in the second when they scored six runs.  The Cubs then plated two more in the fifth to close out the scoring on the night.

Most of the damage occurred with Miguel Yajure on the mound.  He would allow seven runs on seven hits with two walks and a strikeout in only two innings.  He was followed by Tanner Anderson who would cover the next five innings.  During that time, he gave up two runs on five hits with a strikeout.  Enyel De Los Santos pitched a scoreless eighth, allowing one hit, striking out two and walking one.  The final inning saw Shelby Miller strikeout one batter.

Justin Steele kept the Pittsburgh offense in check during his seven innings of work.  The Pirates only managed four hits, with one walk and seven strikeouts with Steele on the bump.  Rex Brothers and Jason Adam pitched the eighth and ninth innings respectively giving up a combined two hits, one walk, and one strikeout.

There is no good way to lose your 100th game of the season, so you might as well do it ugly.  The last time Pittsburgh lost 100 games was 2010 and three years later they were a playoff team.  Hopefully that transition can come true again if not sooner.  Up next is the beginning of the final series of the 2021 season, with the Pirates welcoming the Cincinnati Reds to town for a three-game set beginning Friday night.