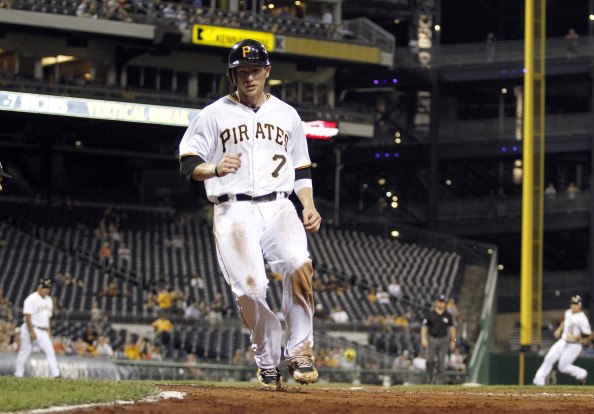 Jared Hughes followed that up with two solid innings.  He would allow two hits, while striking out two batters.  Jason Grilli had a bit of a slip up tonight when he allowed a two run homer to Stros third baseman Brandon Laird.  Fortunately Pittsburgh still had a three run lead, and Grilli was able to strike out the next batter for the final out.

The offense kept rolling from the night before as they collected two runs in the first inning.  Garrett Jones singled home Clint Barmes, which was followed up by a Gaby Sanchez single to score Andrew McCutchen.  The hot bat of Brock Holt came through in the second as he beat out an infield hit to score Alex Presley.

Two more runs came around in the fourth.  Presley tripled home birthday boy Rod Barajas.  Holt then brought in Presley again, this time on a sacrifice fly to centerfield.  The final run for the Pirates was scored in the sixth on a squeeze bunt by Barmes, which plated Presley.

I stated on the podcast this week that the Buccos should take two out of three from Houston and they did.  After an awful first game of the series, they bounced back with two gritty performances.  Now they have a day off before those pesky Chicago Cubs come to town for three games.  If Pittsburgh can repeat on these past two nights, they should be able to take 2 out of 3 from the Northsiders, but don’t expect Chicago to roll over for the Pirates.  A.J. Burnett will take the ball for the Buccos on Friday with first pitch scheduled for 7:05.

A few notes from tonight’s game.  With the win Pittsburgh clinched a winning record at PNC Park for the second time in the ballyard’s history.  The win also matches last years win total.  This game also marked the last time that the Astros would face the Pirates as a member of the N.L. Central Division in Pittsburgh.