Pirates Roughed Up By Rockies 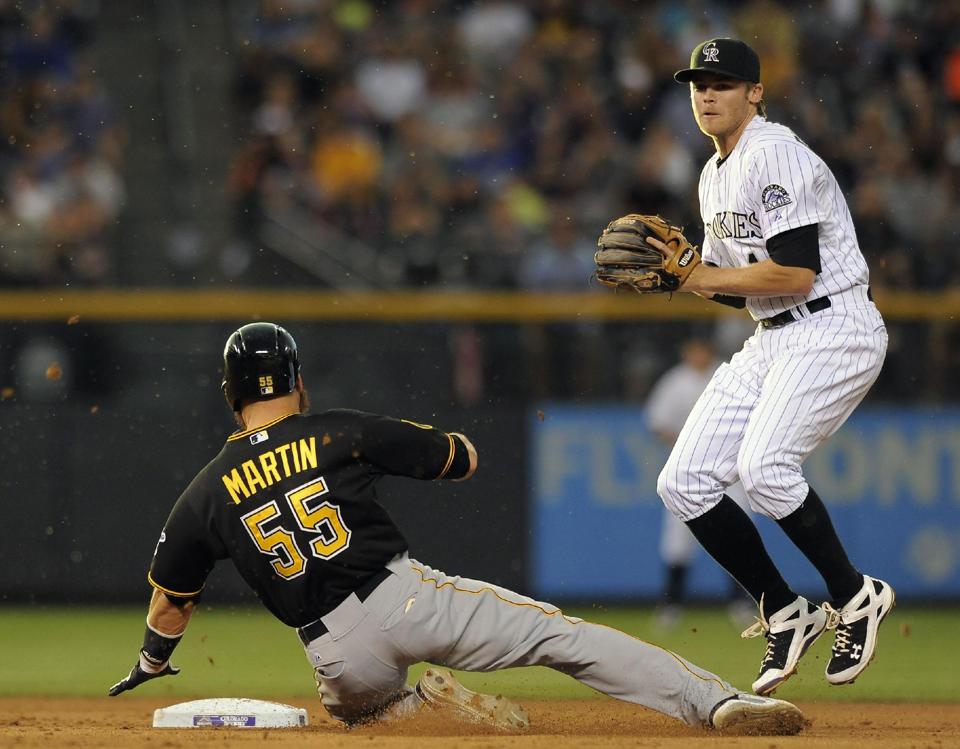 Well this was not the start to the road trip that the Pittsburgh Pirates were hoping for. After a successful post All-Star break home stand, this ten game trip is an opportunity to play better on the road and make up some ground in the division. The Colorado Rockies and Brett Anderson had other plans.

Colorado struck first in the third on a Josh Rutledge double to the right center field gap. Through the first six innings it was a pitchers duel as Anderson would go six and a third innings allowing two hits, while walking four and striking out one batter. He would have pitched longer had it not been for what appears to have been a blister forming on his finger.

Charlie Morton started for Pittsburgh and was also effective through six but in the seventh he was hit hard and lifted before an out was recorded. At the end of the day he was charged with four runs on seven hits, with three strikeouts and one walk. He was replaced by Ernesto Frieri, who continues to struggle out of the bullpen. He got through the seventh inning, but not before giving up four runs on three hits.

At this point the game was all but over. The Pirates lone run of the night came in the ninth on a Jordy Mercer sac fly that scored Gaby Sanchez. This was a game that the team needs to shower well after, as Clint Hurdle would say. There is no reason for the Buccos to lose this series, so they will need to perform better over the course of these next two days.