Pirates Roughed Up By Brewers Once Again 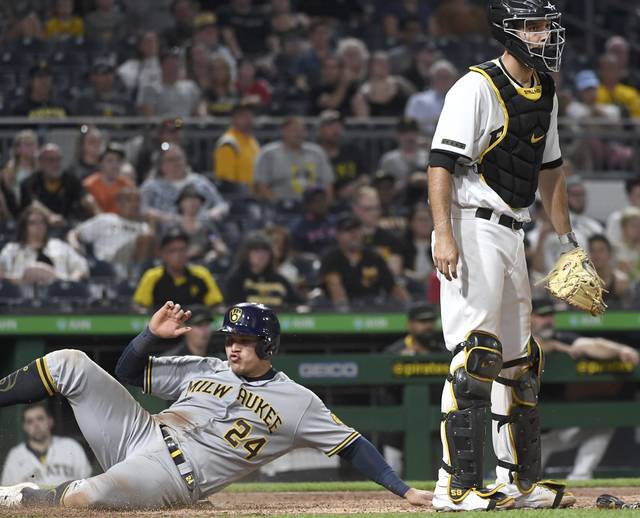 One night after losing 9-0, the Pittsburgh Pirates were on the wrong end of a 7-3 defeat to the Milwaukee Brewers.  Pittsburgh has once again struggled mightily to Milwaukee, along with the rest of the Central Division in 2021.  Series like these may be more normal for the remainder of the season, as the Pirates could possibly make a few more moves before the trade deadline on Friday.

The Brewers wasted little time grabbing the lead for good in this contest.  Avisail Garcia hit an RBI single to right center to bring in Kolten Wong in the top of the first.  They scored two more runs in the third on a Lorenzo Cain double to right center.  Pittsburgh starter Max Kranick gave up three more runs in the sixth to send him to the showers.  Luis Urias drove in two runs with a double to left, and Wong hit a sac fly to right to put Milwaukee ahead by six runs.

The Brewers collected their final run of the night in the seventh off of relief pitcher Chasen Shreve.  The run would score when Tyrone Taylor hit an RBI single to right.  Shreve would pitch two innings and gave up one run on two hits during his time on the mound.  He would also strikeout three and walk one.  Pittsburgh got all their offense from Rodolfo Castro.  He hit a solo home run in the seventh, then connected on a two-run home run in the ninth.  Castro is the only player in the modern era to have his first five hits at the Major League level be home runs.

Kyle Keller struck out two during his inning of work in the eighth inning.  That stat line was copied by David Bednar in the ninth.  It will be interesting to see of the Pirates front office makes anymore moves in the next two days.  This three-game series will wrap up tomorrow night with Chad Kuhl scheduled to start for Pittsburgh, Freddy Peralta will take the mound for the Brewers.