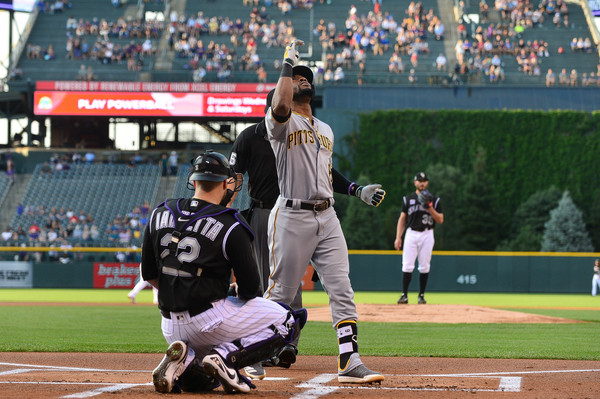 Starling Marte’s solo homerun in the top of the first inning gave the Pirates a 1-0 lead before Taillon even threw a pitch.  They tagged Bettis for four runs in the top of the fourth.  After Josh Harrison’s sacrifice fly made it a 2-0 score, Jordy Mercer connected on a three run homerun over the center field wall, making it 5-0.

The Pirates turned the game into a laugher the next inning, as they scored five more runs to make it a blowout.  Gregory Polanco’s single made it 6-0, and a sacrifice fly on a lineout by David Freese made it 7-0.  After Francisco Cervelli doubled home a run, Harrison connected on a two run opposite field homerun to make it an even 10-0 score.

Colorado got on the board in the bottom of the sixth inning on a two-run double by Carlos Gonzalez, scoring Charlie Blackmon and DJ LeMahieu to make it a 10-2 score.

This was a nice response by the Pirates tonight after a disappointing performance last night.  The offense really came alive tonight, something that we would love to see going forward.  If this team is going to make a serious run at the postseason down the stretch, all facets of the game need to come together.

The Pirates and Rockies will meet up tomorrow afternoon for the rubber match of the series.  Chris Archer will start for Pittsburgh against German Marquez for Colorado.