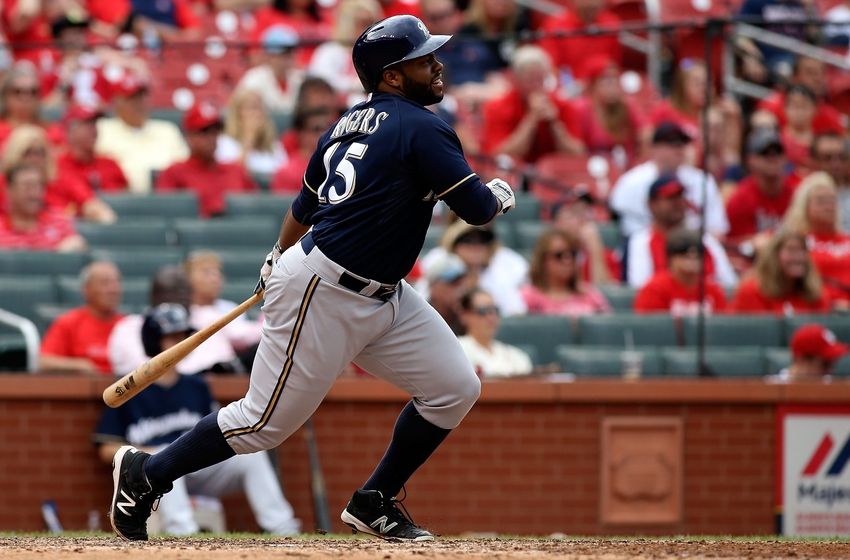 The Rodriguez signing was all about his defensive versatility.  With Walker out of the picture and Jung Ho Kang returning from a serious injury, Rodriguez serves as an important depth piece next season.  In his career, he has spent time at every position on the field except for pitcher and catcher.  Last season, of course, he tallied many innings at first base as a result of the defensive struggles of Pedro Alvarez.  Next season, though, one would suspect he’ll see more time at the other infield spots.

The deal for Rodriguez is for $2.5 million and he can earn up to $500K in incentives.  While this wasn’t exactly a headliner, it provides a safety net in the event of an injury of struggles from the team’s starters throughout the season.

In a move that has confused many fans, the Pirates announced last night that they acquired Rogers from the Milwaukee Brewers in exchange for outfielder Keon Broxton and right-handed pitcher Trey Suptak.

First of all, let’s look at what the Pirates gave away  Most fans will recognize Broxton from his time spent with the Bucs in 2015.  The 26 year old made his Major League debut last season, but made only seven plate appearances.  He was mainly inserted for late inning defense and pinch running duties.  After being acquired from the Arizona Diamondbacks in 2014, he hit .273 with 10 homeruns and 39 stolen bases between Double-A and Triple-A last year.

As for Supak, the 19 year old right hander was rated as the Bucs’ No. 15 prospect.  In rookie ball last season, he didn’t fair well (6.67 ERA in 28+ innings).  At 6’5” tall, Supak could turn into a quality piece, as his low 90’s fastball and accompanying curveball and changeup need quite a bit of work and development.

The acquisition of the 27 year old Rogers is a head-scratcher for some Pirates fans.  Yes, he provides depth at first base, which has been listed as a priority since the release of Alvarez.  But the team does already have a right-handed option at that position in Mike Morse, and a platoon option between two right handers seems unorthodox to say the least.

Rogers hit .294 with four homeruns in 169 plate appearances with Milwaukee last season in his first legitimate stint of Major League action.  He has made a reputation for himself as a solid hitter at the minor league level, however, hitting .326 in 90 games at Triple-A.

Obviously, with names like Mike Napoli and Mitch Moreland floating around during the winter meetings in Nashville earlier this month, a name like Jason Rogers comes as a bit of a surprise to say the least.  While it is true that the Pirates need help at first base, this is not the move most of us were expecting.  Is there another deal in the works?  Or is this the platoon they are trusting to get them through until Josh Bell is ready for the big leagues?  Only time will tell.

Be sure to check back here to Fans From The Stands for our reactions to the latest Pirates news.