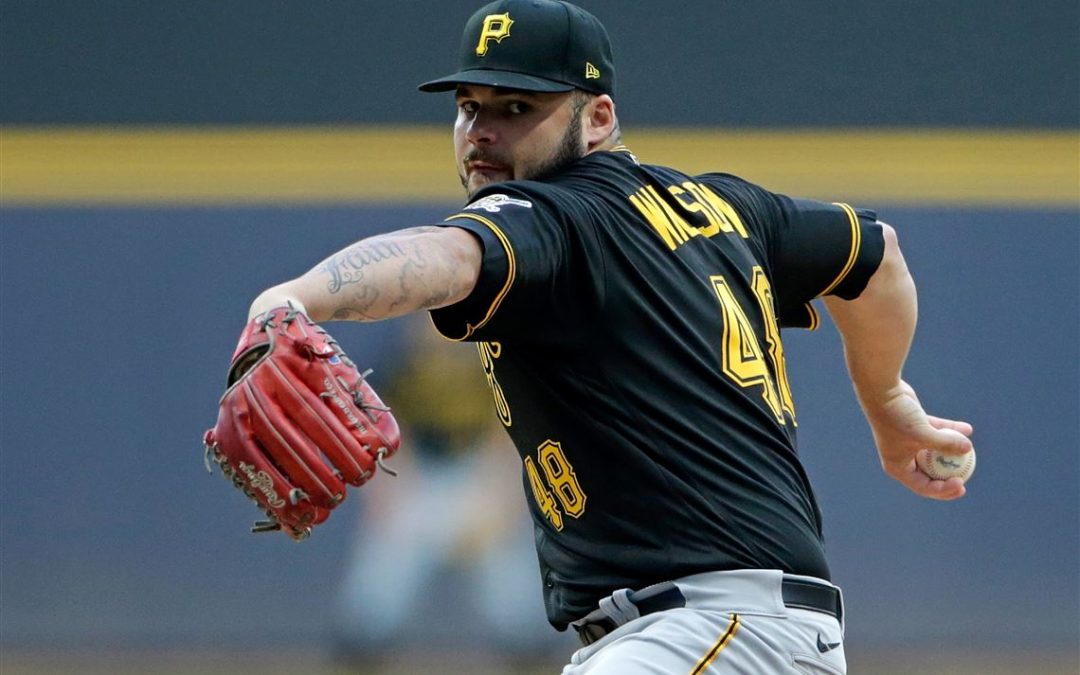 After losing 6-2 to the Milwaukee Brewers on Monday night, the Pittsburgh Pirates have now lost 11 of 14 games against their N.L. Central division rivals.  The Bucs are 26 games under .500 while the Brewers improved to 64-43 on the season, good enough for a 7.5 game lead for first place in the division.

Bryse Wilson made his Pirates’ debut on Monday, having been acquired in the trade for Richard Rodriguez for the Atlanta Braves.  Despite suffering the loss (2-4), he performed well on the bump, giving up one run on two hits and two walks in five innings.  He was bested by his mound opponent, Eric Lauer, who gave up just three hits in his five innings of work, improving to 4-4 on the season.

Milwaukee scored the game’s first run in the third inning on a sacrifice fly by Kolten Wong, scoring Lorenzo Cain.  They scored two more runs in the sixth inning to open the game up a bit.  A triple by Eduardo Escobar scored Omar Narvaez, and a bases loaded walk to Tyrone Taylor made it 3-0.

A three run homerun by Escobar in the seventh inning blew the game open, making it a blowout.  The Pirates were able to put a couple of runs in the ninth inning to avoid the shoutout.  A pair of bases-loaded walks to Ben Gamel and Wilmer Difo made it 6-2, which would be the final score.

The Pirates’ struggles against the Brewers continue.  Whether at home or on the road, the Bucs cannot figure out a way to beat this Milwaukee club.  They will look to even this week’s series on Tuesday.  Max Kranick will take the mound for Pittsburgh against Adrian Houser for Milwaukee.