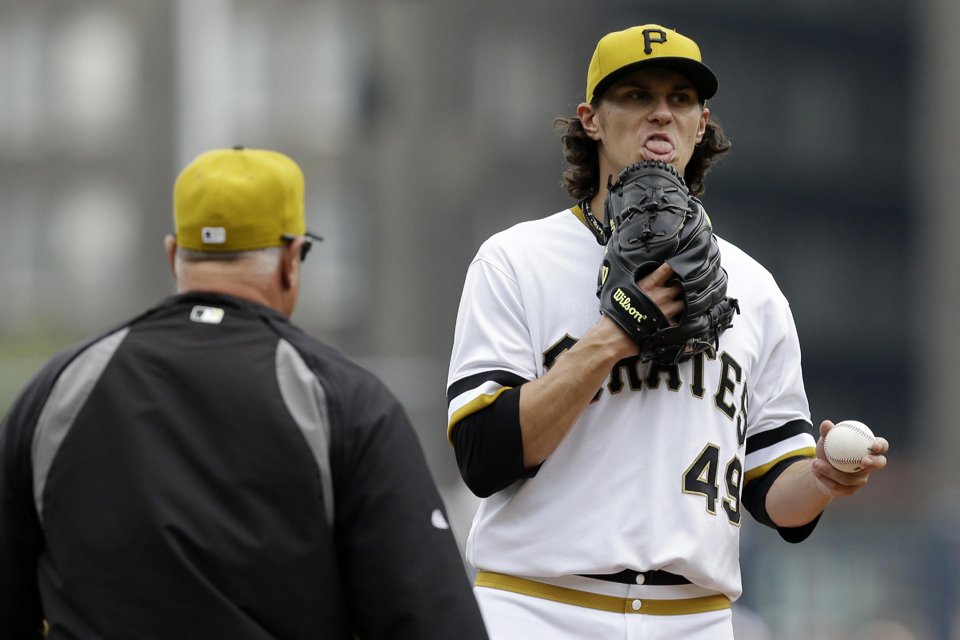 Today may have been the final home game for the Pittsburgh Pirates.  If it was, they sure left a bad taste in the mouth of 38,699 fans at PNC Park with an 11-3 loss to the Cincinnati Reds.  It started off bad and gradually got worse as the afternoon wore on.

Jeff Locke started for the Buccos today and somehow lasted through one inning of work.  He would be knocked around for five runs on three hits with two walks and a strikout.  Up next was Jeanmar Gomez who wasn’t much better.  His final line was one inning pitched, allowing two runs on three hits.  The bullpen was able to shut down Cincinnati over the course of the next five innings, with Brandon Cumpton and Stolmy Pimentel combining for five innings of work with no runs and four K’s.  The day ended just as it started as Vin Mazzaro only lasted for two-thirds of an inning allowing three runs on three hits.  Jared Hughes would relieve him and give up one run on four hits.

The offense had some chances to get back into the game, but not nearly enough to make up for the eleven runs that the Reds put up.  Solo homers by Neil Walker and Travis Snider in the third and fifth innings respectively, with a Justin Morenau sac fly in the fifth cut the deficit to four runs.  That would be all the offense they could find and Cincinnati just tacked on from there.  Pittsburgh was also out hit 16-5.

Overall this was a bad series for the Pirates.  They handed the Reds game one with a disasterious ninth inning and then looked like they weren’t even interested today.  They have a lot of work to do if they want the division crown.  The wild card is still right there as they are tied with Cincinnati with six games left, three with the Reds.  Up next will be a three game series with the Chicago Cubs beginning tomorrow night.