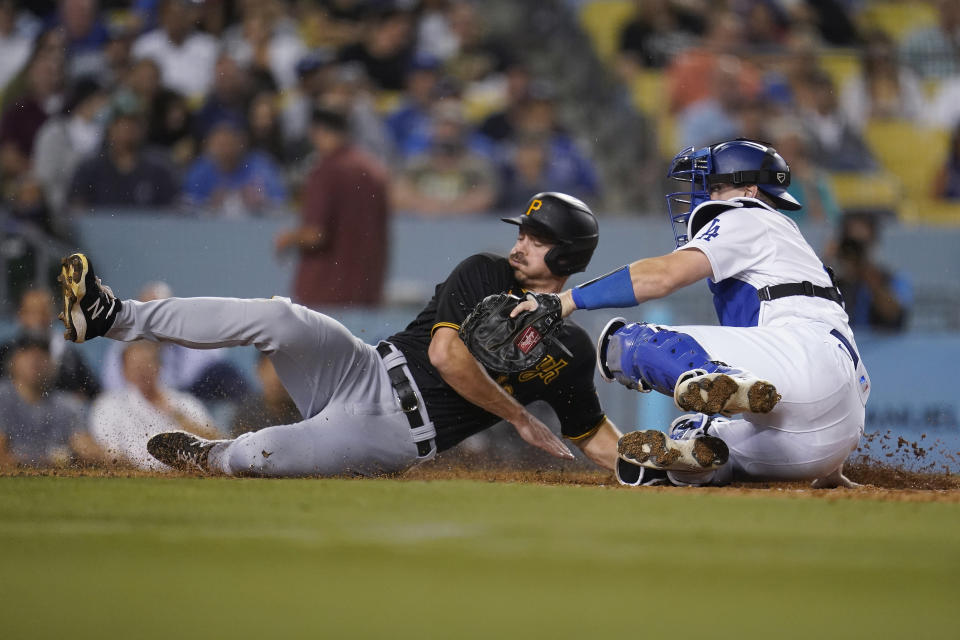 After snapping an eight game losing streak with a 14-4 victory over the Milwaukee Brewers over the weekend, the Pittsburgh Pirates immediately began a new losing stretch.  The Bucs have now lost three consecutive games, this after a 4-3 defeat to the Los Angeles Dodgers on Tuesday night.

These two teams are obviously heading in different directions.  The Dodgers have been hammered by injuries this season, yet they still own a 74-46 record and have won five straight games.  Pittsburgh, on the other hand, is limping through August with a dismal mark, tallying only 42 wins on the year so far.

A single by AJ Polluck in the third scored Corey Seager and Cody Bellinger to make it a 2-0 score in favor of the Dodgers.  The Pirates tied the game in the fourth.  Bryan Reynolds’ double scored Ke’Bryan Hayes to the cut the lead in half, and a ground ball by Jacob Stallings and an error by Gavin Lux allowed Reynolds to score to tie the game.

Max Beaty’s double in the fifth turned out to be the difference in the game.  His two-bagger scored Seager and Pollock to make it 4-2.  The Pirates were able to score a run on Jansen, which at times seems impossible.  Colin Moran’s single up the middle scored Yoshi Tsutsugo, but the Bucs couldn’t complete the rally, coming up one run short.

Despite losing both games so far against the Dodgers, the Pirates have been competitive in this series.  They have lost each of the first two games by a single run, and had opportunities to win both games.  They will look to avoid the series sweep and end their losing streak when they take the field on Wednesday night.