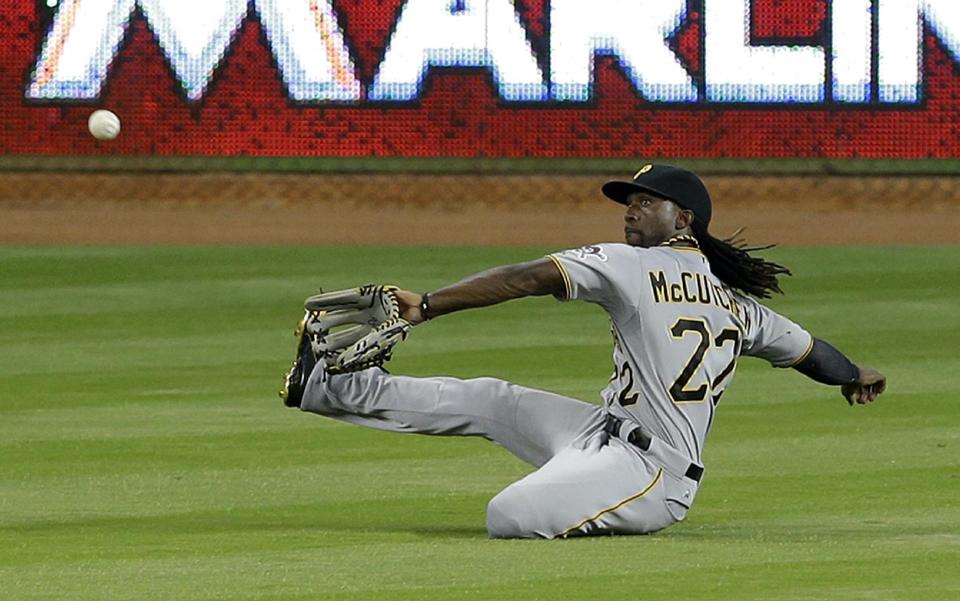 The Pittsburgh Pirates offense continued to hit today in an 8-6 victory over the Miami Marlins.  While the margin of victory would have been bigger, had it not been for a late Miami rally, this win gave Pittsburgh another series win and got them back to the .500 mark on the season.

The Pirates jumped to an early two run lead in the second inning.  The first run came off the bat of Jordy Mercer when he hit a solo home run.  With the bases loaded, Gregory Polanco would hit into a fielder’s choice that plated run two for the Buccos.

Andrew McCutchen continues to swing a hot bat in the month of June.  In the fourth inning he hit a three run homer to increase the Pittsburgh lead to 5-0.  On the day he would go 2-4.  In the bottom part of the inning the Marlins would get on the board.  Their first run came on a Marcell Ozuna triple, who would then come in to score on a J.T. Realmuto ground out.

The fifth inning would see the Pirates score three more runs.  Mercer struck again with an RBI double.  He would then score on a Charlie Morton sacrifice bunt.  The final run of the inning came from Gregory Polanco and his single to center field.

At this point the Buccos had a six run lead and it looked secure with Morton on the hill.  He pitched seven solid innings allowing two runs on five hits, with six strikeouts and three walks.  This line score would be good enough for him to pick up his fourth win of the year.

The bullpen would be asked to cover the final two innings tonight.  After a rough night from the Shark Tank last night, one hoped that a clean night tonight would clear any negative thoughts.  Stolmy Pimental pitched a flawless eighth inning, however his ninth inning was anything but.  After a lead off single and strike out, Ozuna would hit a home run to cut the Pittsburgh lead to four runs.  Pimental would then get a foul out to third for out number two.  That would be the last out he would get on the night.  Another single would be followed up with a Jeff Baker two run shot to cut the lead in half.

At this point it would be a save situation and Jason Grilli would be summoned from the pen.  Grilli had a rough night last night and after giving up a single to the first batter he faced tonight, fans were becoming anxious.  Thankfully he was able to induce a foul out to first base to secure the win.

It has been great to see the offense and starting pitching performing at a high level during this series.  While the bullpen has collapsed towards the end of both games, the final stat line shows that Pirates were able to win.  This series will wrap up tomorrow afternoon and we will see Vance Worley make his debut in a Bucco uniform.