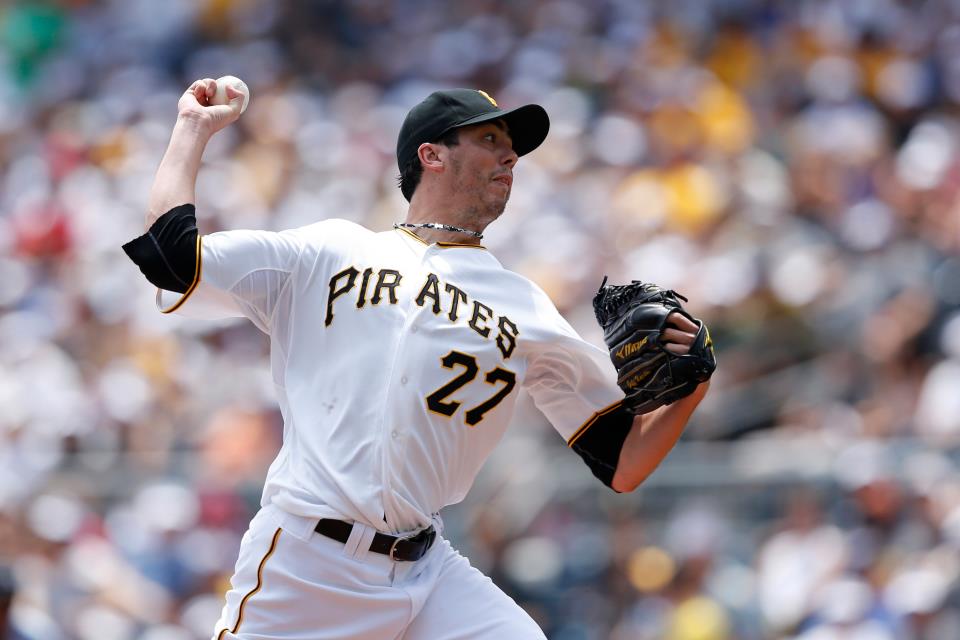 With the trade deadline approaching, a hot topic of debate is whether or not the Pittsburgh Pirates should trade for a starting pitcher to add some depth and experience to the rotation.  Jeff Karstens may be able to end that debate if he continues to pitch the way he has since returning from the DL.  Karstens pitched seven solid shut-out innings today to help defeat the Miami Marlins 3-0 at another packed PNC Park.

Karstens would give up five hits on the day while striking out three and walking two batters.  He worked his way out of a first inning jam that saw six Marlins come to the plate and again in the seventh, when after the umpires overturned a catch by Alex Presley, he was able to induce a 5-4-3 double play to end the threat.

The Pirates bullpen only needed two members to make an appearance today.  Up first was Jared Hughes who worked a 1-2-3 inning, striking out a batter and collecting his eighth hold on the season.  Hughes also saw his ERA drop below two and is currently at 1.99.  The Hammer was on in the ninth and the fans in attendence saw Joel Hanrahan collect his 28th save of the year in facing only threeMiami hitters.

Marlins starter Anibal Sanchez had a strong game as well, going seven innings allowing seven hits, striking out eight and not walking a batter.  He did however give up three runs.  After Presley led off the game with a single and advanced to second on a steal, Andrew McCutchen continued to tear it up at the plate with an RBI single.  For a while that looked to be all the offense the Buccos could find on this day, but in the seventh Pedro Alvarez struck again.  Casey McGhee led off the inning with a double, and then Alvarez smacked his 21st homer of the year to right field to put the final nails in theMiami coffin.

Cutch and Alvarez combined for four of the Pirates seven hits.  Jordy Mercer made a spot start at shortstop today and had a hit, while flashing some good leather in the field.  Neil Walker had a very rough day at the plate as he went 0-4 with three K’s.

The Pirates will look to keep this winning streak alive tomorrow as they start a three game series with the Chicago Cubs.  The Cubs always play the Pirates tough, but this is another series that Pittsburgh needs to win over an inferior team, if the want to keep pace in the division.  Jeff Samardzija will start for the North Siders, while Erik Bedard takes the ball for the Buccos.  First pitch is scheduled for 7:05.