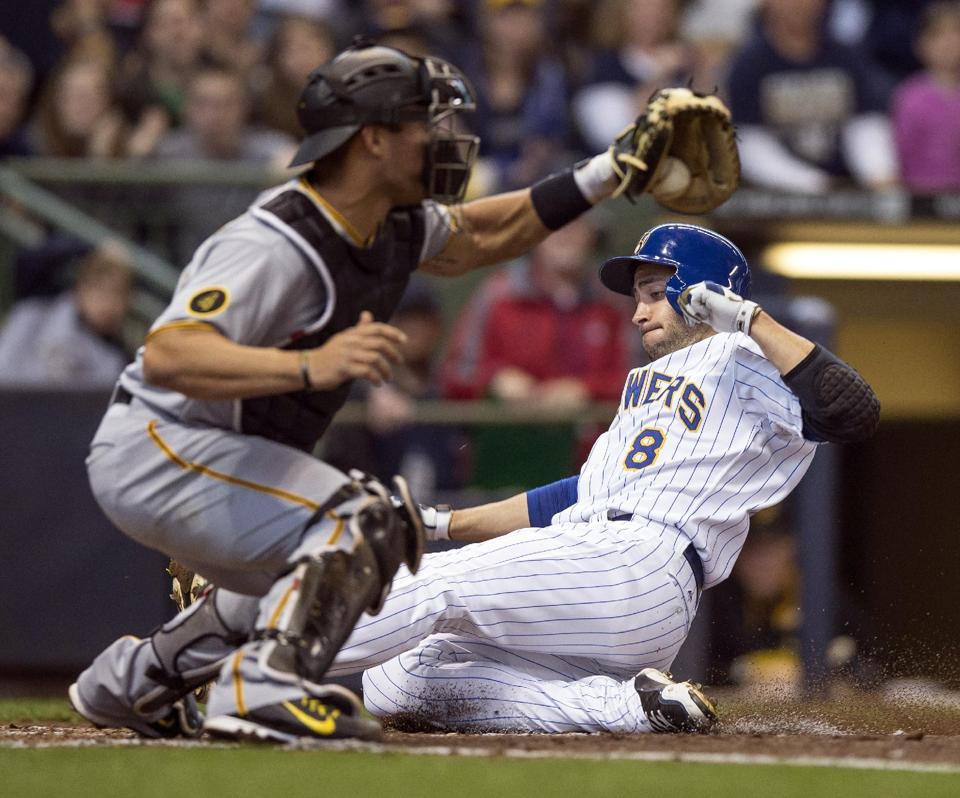 Some may have thought that the Pittsburgh Pirates erased those demons in Miller Park last season.  This three game series showed that when healthy, the Milwaukee Brewers are a team that the National League will have to contend with.

Charlie Morton was the man on the mound trying to stop the Brew Crew from their ninth straight win.  While he pitched fairly well, lasting seven innings giving up two runs on six hits, while striking out and walking three.  Two of the runs that Milwaukee scored were on a throwing error made after a dropped strike three pitch.  The error allowed Scooter Gennet to advace to third.

The Pittsburgh offense was held in check once again.  They would only collect four hits and that lone run came in the fourth when Andrew McCutchen hit a sacrifice fly to score Starling Marte.  Kyle Lohse pitched a gem for the Brewers, lasting 8 2/3 of an inning giving up only four hits, while striking out nine batters.

Milwaukee started the scoring in the third when Carlos Gomez hit a sac fly to right field.  They would take the lead for good in the fourth when former Bucco Aramis Ramirez singled to left field, scoring Ryan Braun.  They would wrap up the series with a 4-1 victory.

Overall this was a poor performance by Pittsburgh throughout this series.  A sweep is never good, especially at the hands of a division foe.  They will need to shower this one off quickly, because they begin a three game series againt the Cincinnati Reds tomorrow at The Great American Ballpark.