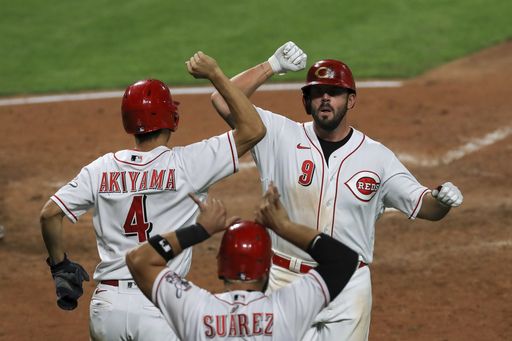 Joey Votto did what Joey Votto does to the Buccos, go yard.  He would hit a solo homer to right field to give the Reds a two-run lead.  Bell would get Pittsburgh back to within one run in the fourth with a solo dinger to center.  One inning later Ke’Bryan Hayes would give the Pirates a one run lead when he hit a two-run homer to left center field.

That lead would not last long.  Mike Moustakas smacked a three-run home run to right centerfield to put Cincinnati up for good.  The Reds would add three more insurance runs in the sixth inning to squash any hope of Buccos comeback.

Mitch Keller would start and work the first three innings.  In that time, he allowed three runs on two hits with four strikeouts and four walks.  Keller has had limited experience due to injury these past two seasons, but during that time he has not been dominate force on the mound.  Hopefully he can be healthy to start the 2021 campaign and showcase the talent he has.  The Pittsburgh bullpen would use four pitchers who combined to throw four innings allowing five runs on three hits with five strikeouts and five walks.

With only fourteen games remaining, the Pirates are well on their way to a number one pick in 2021.  Of course, they could go on a winning streak and drop to pick three or four, but for now let’s hope they continue their focus on pick number one.  This four-game series will continue tomorrow evening with first pitch set for 6:40pm.