Pirates Swept Out Of San Diego 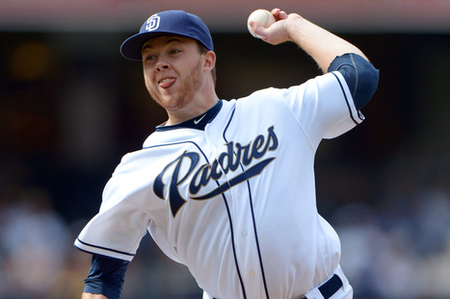 Where to begin on this?  The San Diego Padres are the new Milwaukee Brewers when it comes to beating up on the Pittsburgh Pirates.  A 4-2 defeat closed out a three game sweep in the 20th straight game for the Buccos.

Things started off ugly for Pittsburghas James McDonald would walk the first three San Diego batters and give up a two RBI double to Carlos Quentin.  Mark Kotsay then hit a sac fly for the third and final run of the inning.  The fourth and final run that the Padres scored came in the fifth on a single by Quentin that scored Will Venable.

J-Mac had yet another rough outing.  Only lasting five innings, walking five batters, giving up four runs on five hits, and only striking out two, is not what we need out of him at this point in the year.  Once the rosters expand it may be time to give him a few starts off or just shut him down for the year.

That being said with only four runs given up and facing a guy that is making only his second professional start, you would think the offense could make some noise.  Unfortunately the long month of August is still here and so are the Pirates hitting woes.  Andrew Werner had the Bucco bats swinging and missing for most of the night.  Pittsburgh made contact only four times during this contest.  One left the yard, as Gaby Sanchez hit his first homer as a Bucco.  The other run came in the fourth on a single by Pedro Alvarez.   I’m sure most ofSan Diego was focused on the cheering of Mrs. Alvarez.

It is hard for me to believe that someone who gets paid millions of dollars to play a game needs a day off, but at this point with a 7-13 record during the twenty game stretch, a nice day shooting clay pigeons at seven springs should be just what this team needs to make that playoff push!

The Pirates will return to action on Friday to begin a six game homestand before their next day off.  Their first opponent will be the team that previously and still kinda does, own them the good old Brew Crew.  First pitch is scheduled for 7:05.