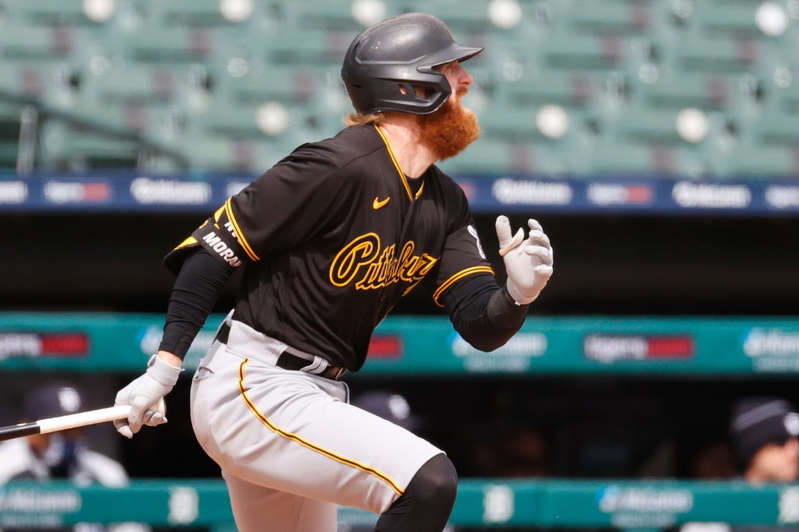 The Pittsburgh Pirates have appeared to find their stride after a rough week one of the 2021 Major League Baseball season.  After 1-6 start, Pittsburgh has gone 8-4 and has won two consecutive road series.  Today’s win came after splitting a doubleheader with the Detroit Tigers yesterday.  The Pirates would take an early lead, Detroit would tie the game, and then Pittsburgh cashed in two runs late to pick up a 4-2 win.

The Pirates jumped out to a two run lead in the first inning.  It all started when Bryan Reynolds hit a RBI single to center to bring in Adam Frazier.  Reynolds would score later in the inning on an Erik Gonzalez single to center.  The Tigers would get back to within a run in the second when Akil Baddoo tripled to left center to bring home Niko Goodrum.

Jacoby Jones would tie the game in the fifth with a 374 ft. solo home run to deep right center.  Both of those Detroit runs would come against Mitch Keller.  Keller worked five innings on the day allowing two runs on five hits with five strikeouts.  This is definitely the Keller that fans would like to see more often.  Tiger’s starter Jose Urena would last seven innings allowing two runs on five hits with two strikeouts and one walk.

The Pittsburgh bullpen would use four pitchers on the day.  Duane Underwood Jr. allowed three hits and struck out three during his 1.1 innings of work.  The seventh inning was finished off by Sam Howard who would end up with the win.  The eighth inning belonged to Chris Stratton and he allowed one hit.  Richard Rodriguez earned his third save of the year with a scoreless ninth inning.

The Pirates were able to break the tie with two key at bats in the eighth inning.  The first was when Colin Moran singled past a shifted shortstop in to left center field to bring in Frazier.  Gonzalez would add an insurance run on the next at bat with a single to right.

The more this team plays the more they seem to be finding their way.  The team is far from complete as they have DFA’d two of their centerfielders this week and coveted third baseman Ke’Bryan Hayes suffered a setback in his wrist rehab.  Pittsburgh will have to band together and get ready to play a tough Minnesota Twins team in a three game weekend road series beginning tomorrow night.