Pirates Take Series From Reds With One To Play 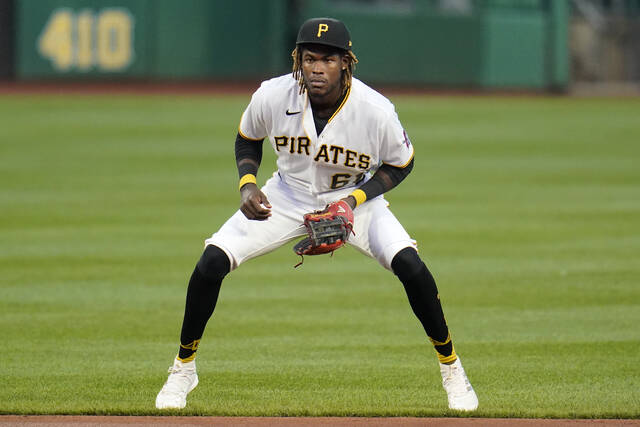 With the season nearing an end, the Pittsburgh Pirates played one last night game on Saturday.  Their pitching wasn’t as strong as it was on Friday when they opened this three-game series with the Cincinnati Reds, but the offense would use a six run fifth inning to take down Cincinnati by the final of 8-6 from PNC Park.

The Reds jumped out to an early lead in the first when Nick Castellanos hit a sac fly to left to bring in Tyler Stephenson.  They would add another run in the third on a Max Schrock RBI single to center.  The long ball came into play in the fourth when Eugenio Suarez hit a two-run shot to center.  Castellanos struck again in the fifth, this time with a solo homer to right center.

Max Kranick made the start for Pittsburgh and would allow four runs, three earned, on five hits over his four innings on the mound.  He would also strike out two and walk two.  Enyel De Los Santos came on in the fifth and gave up one run on two hits with a walk and strikeout.  The Pirates offense would come to life in the bottom half of the inning.

It all started when recent call up Oneil Cruz hit an RBI single to right to plate Ben Gamel.  A Wilmer Difo triple to right brought in two runs to get Pittsburgh within two.  They would get to within one when Difo scored on a Cole Tucker infield single.  The Pirates took the lead on a Michael Chavis double that drove in two runs.

That lead would not last long, because Tyler Stephenson tied things up with an RBI double to left in the sixth.  Pittsburgh then took the lead for good in the bottom of the sixth on a Bryan Reynolds RBI triple to right.  A bases loaded walk in the seventh gave the Pirates an insurance run and capped off the scoring for the night.

This marks another series win for Pittsburgh and gives them one last chance to do something they haven’t done all season long, sweep a series.  Sunday afternoon will mark the final time that the Pirates take the field in 2021.  While the season has not gone as planned, and next year could also potentially be rough as well, there are some signs of future success that should make fans excited.  The final game of the season will take place at 3:05pm.