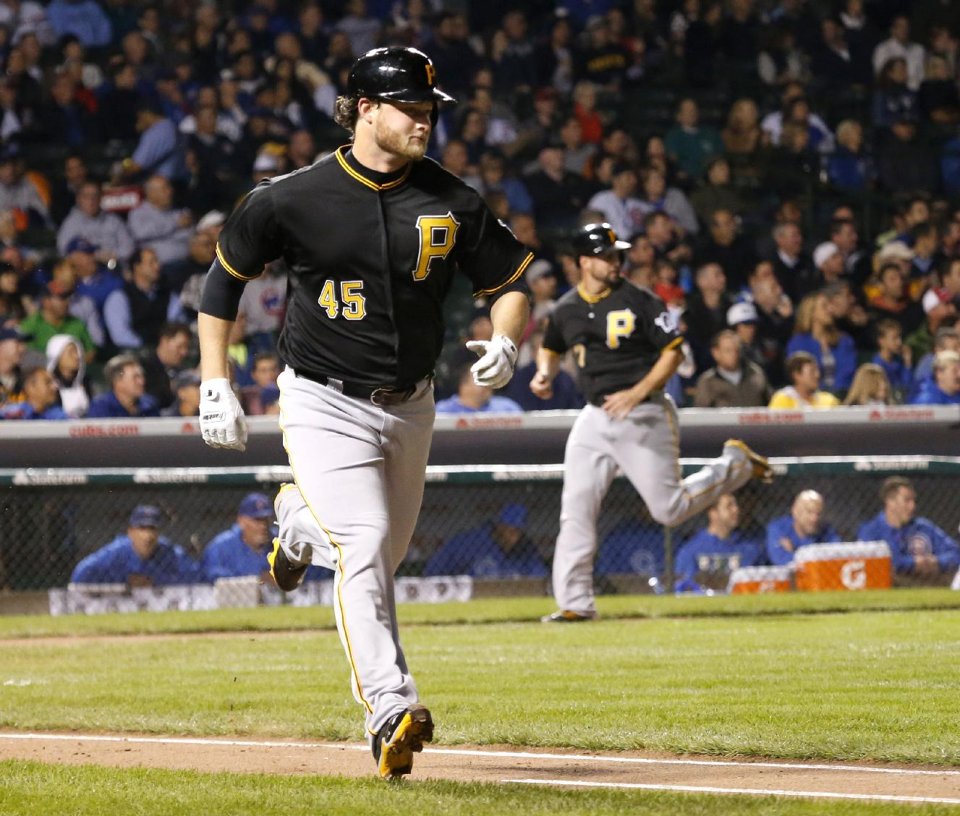 After celebrating late into the night, it would have been understandable for the Pittsburgh Pirates to take a night off.  Instead they played one of their more complete games tonight against the Chicago Cubs.  Gerrit Cole was stellar during his outing and the offense came through with some big hits in the 8-2 victory.

Cole lasted six innings allowing two runs on seven hits, while striking out six and walking one.  The two runs allowed weren’t even factors in the outcome.  The first came in third inning with the Cubs already down four runs.  The sixth inning was a jam to work out of.  Cole would have the bases loaded when Anthony Rizzo would reach base and score a run on a fielding error by Jordy Mercer.  After that he was able to strikeout the next two batters and get a flyball out at the warning track to end the inning and his night.  His final strikeout would be the 100th of his season.

The offense struck early and often tonight.  Pedro Alvarez got things started with an RBI ground rule double in the second inning.  That was followed by Cole helping his own cause with a two RBI single.  In the next inning Mercer would hit a solo home run to centerfield.  Alvarez came through again in the fifth with a double down the line that scored two more runs.  The Buccos finished the scoring in the eighth with Starling Marte collecting an RBI with an infield double.  Andrew McCutchen joined the party with a single to left that brought home Marte.

The St. Louis Cardinals won again tonight so while Pittsburgh could not make up any ground in the division, they were able to earn a one game lead in the wild card with the Cincinnati Reds losing earlier in the night.  This series will wrap up tomorrow afternoon at 2:20pm with Francisco Liriano getting the start for the Pirates.