Pirates Use All Three Phases To Take Down Twins 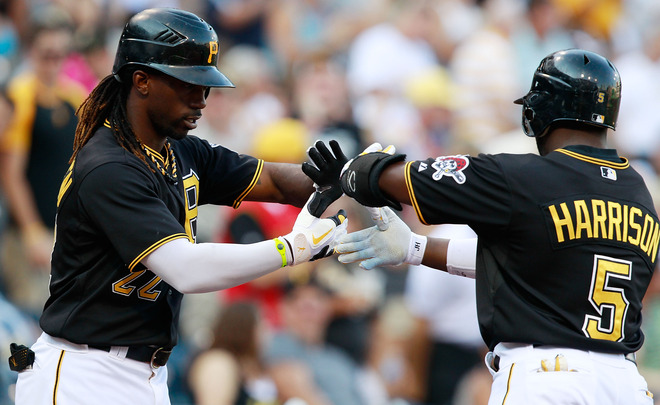 In many respects baseball can be a confusing game, but at its core it is quite simple.  You pitch the ball, you hit the ball, and then you field the ball.  Tonight that is exactly what the Pittsburgh Pirates did to defeat the Minnesota Twins 7-2.

Kevin Correia may have pitched his finest game of the season tonight.  He would go 5.1 innings, striking out two, walking one, and giving up four hits.  The biggest number of his stat line was zero runs given up.  We have been saying with the uncertainty of the fifth starter in the rotation, Correia needs to take advantage of these opportunities to fortify his spot in the lineup, and he helped that cause tonight.

Tony Watson came in to finish off the sixth inning and worked his way out of a bases loaded jam.  Juan Cruz had the only blemish of the pitchers tonight as he have up a two run homer to Denard Span in the seventh inning.  Chris Resop would shut down the Twins for the final two innings.

The offense was at it again tonight after a solid weekend in Cleveland.  Josh Harrison started the scoring with a solo homer run in the first inning, his second of the year. Pittsburgh would not score again until the fifth inning when Casey McGhee hit a sacrifice fly to bring in Harrison.  Two more runs came across in the sixth, the first on a Clint Barmes double, while the second was on a Matt Hague ground out.  The seventh inning saw three runs cross the plate.  Andrew McCutchen hit a two run shot to left field, and then with runners on second and third Rod Barajas would sacrifice home the final run of the night.

Twelve hits out of the offense is a great stat to see in the box score, especially after how dead the bats looked early on in the year.  Harrison, McCutchen, and Barmes each had three hits, while Pedro Alvarez had two and McGhee collected one.  Unfortunately, Jose Tabata continued to struggle at the plate with a 0-5 performance.

Of course it was another stellar performance out of the Pirates gloves tonight.  Zero errors for the team.  Defense may go overlooked in baseball, but it plays a huge factor in determining who wins and loses a ball game.

Game two of this three game series will be tomorrow night at 7:05.  Erik Bedard takes the hill for the Pirates, looking to improve on his last start, as they look to take another game from a poor Minnesota team.  Francisco Liriano starts for the Twins and brings a 1-7 record with a 6.24 ERA to the hill.  With numbers like that, it has to be a matchup the Pirates bats are looking forward to.