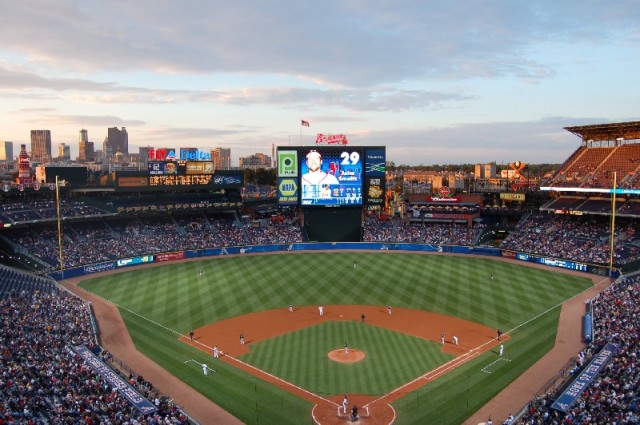 To say that the Pirates have been off to a slow start this season offensively would be a monumental understatement.  But certainly, the starting pitching has been better than any of us could have possibly imagined.  The Bucs have been in every single ballgame this year, and each starter has held the opposing offense in check, from the top of the rotation on down.

That being said, as we all know, if this team is going to turn the corner in 2012, the offense has to improve significantly over what it did last year and most definitely over what it’s produced through the first 18 games of this season.  After yesterday’s “blowout” inning against the Rockies, though, in which the Bucs scored five runs led by back-to-back homeruns by Garrett Jones and Pedro Alvarez, can they carry the momentum from that game over to this road trip?  We’ll see.

Andrew McCutchen continues to be the lone reliable offensive producer, along with Alex Presley who continued his team-leading hitting streak to 10 games.  Clint Barmes has been swinging the bat much better, as has Alvarez.  Rod Barajas and Jose Tabata, on the other hand, continue to struggle mightily at the plate.

The Bucco bats will certainly be tested in this weekend’s wrap-around series against the Atlanta Braves, who are once again off to an impressive start, currently second in the N.L. East behind the surprising Washington Nationals.  This will be the Pirates’ second road trip of the year.  In their first trek away from PNC Park, they sported a 3-6 mark in three series against the Los Angeles Dodgers, San Francisco Giants, and Arizona Diamondbacks.

Quote From Both Sides:

[box_dark] “I was like a school kid out there.  I mean, that’s what you play the game for – moments like that.  You don’t know how many times I’ve rehearsed that very moment in my backyard growing up, only I was a Dodger.  It’s indescribable.” [/box_dark]

-Chipper Jones on his RBI single in the 9th inning of Wednesday’s game, which helped the Braves beat L.A.

-James McDonald after throwing a no-hitter into the seventh inning on Wednesday.  The Pirates lost 2-1.

After a 3-3 home stand at PNC Park, the Pirates head back out on the road, beginning tonight with four games against the Atlanta Braves and then three games against the St. Louis Cardinals at Busch Stadium.  Check back here for recaps and reactions to every Pirates’ game from us, the Fans From The Stands.